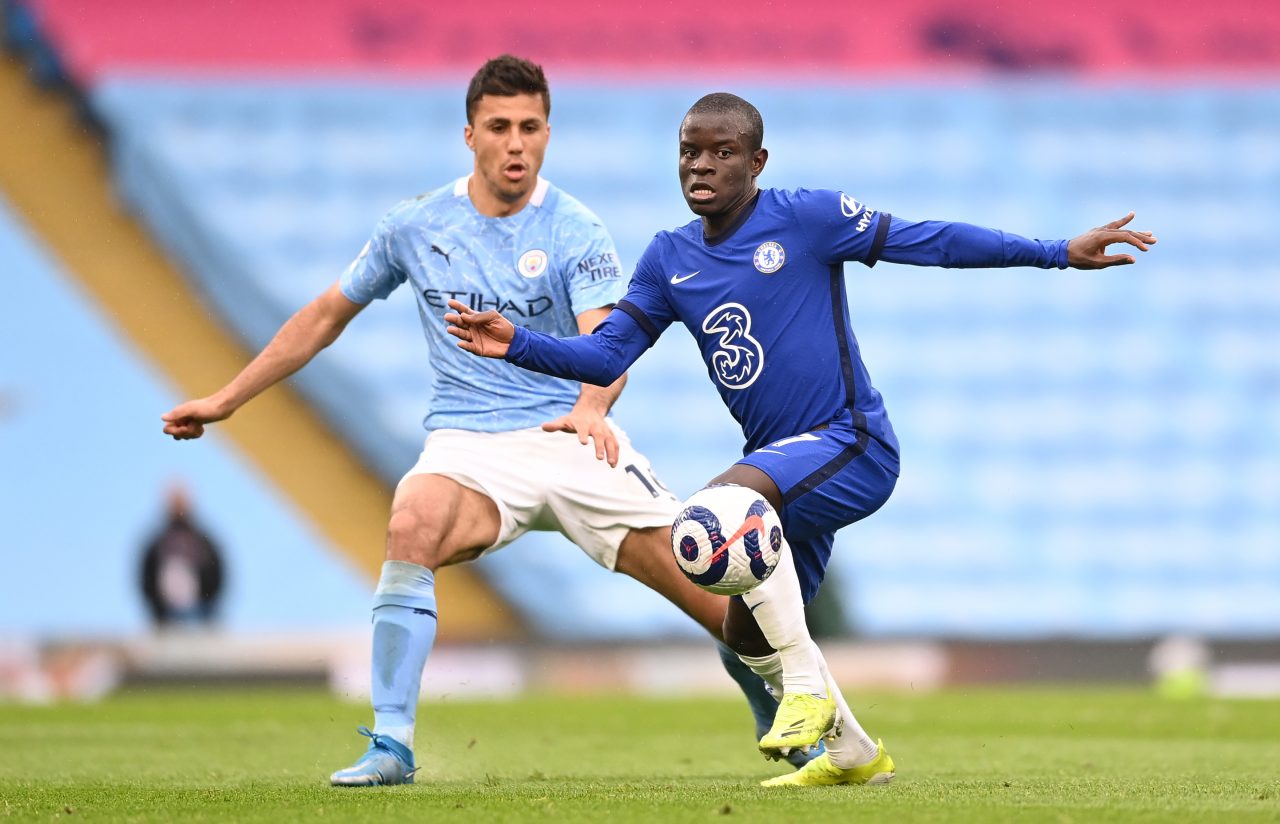 MANCHESTER, ENGLAND - MAY 08: N'Golo Kante of Chelsea is closed down by Rodrigo of Manchester City during the Premier League match between Manchester City and Chelsea at Etihad Stadium on May 08, 2021 in Manchester, England. Sporting stadiums around the UK remain under strict restrictions due to the Coronavirus Pandemic as Government social distancing laws prohibit fans inside venues resulting in games being played behind closed doors. (Photo by Laurence Griffiths/Getty Images)
Share
Facebook Twitter LinkedIn Pinterest Email

N’Golo Kante has returned to full training at Chelsea.

The club confirmed the step-up in the Frenchman’s recovery from a hamstring injury that has kept him out for over a month.

Kante, 31, was forced off late on in Chelsea’s draw with Tottenham on August 14.

Four Premier League and a pair of Champions League games have passed since and his absence has been limited slightly by the postponements of games against Fulham and Liverpool following the death of Queen Elizabeth II.