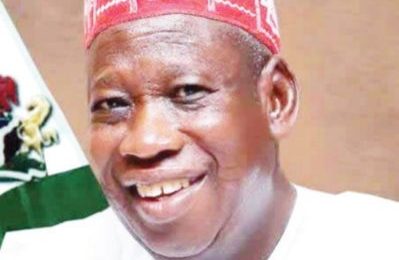 The Kano State Government committee on true federalism on Monday submitted its interim report to Governor Abdullahi Ganduje.
Sule Yahaya Hamma, Chairman of the committee, who led other members to submit the report, said that the committee worked assiduously to arrive at the report.
Hamma said that the 30-man committee ‎had four sub-committees which included economy, political system, constitution reforms, security, administration and cultural affairs.
He added that the committee received memoranda and verbal‎ presentations on the 13 specific areas from 22 individuals and organisations.
The chairman also said that the committee held private sessions with some elder statesmen and Islamic clerics.
He said the committee deliberated on some key aspects of governance in the state, with reference to social vices such as kidnapping, drug abuse and rape cases, thuggery and begging by out of school children.
He said: “The committee also examined the allocation, responsibility and authority between the federal, state and local government in the country.
“We came out with our own recommendations on the basis of what we believe to be a more balanced federation in term of responsibility, authority and resource management.”
The committee also advised the government to look into the near collapse of family structure in Kano.
He said that marketing and markets required government attention to be organised and structured in a manner that could enhance opportunity and development of resources.
Earlier, Ganduje said the committee was inaugurated to generate ideas and recommendations that would reflect the views and aspirations of the people of Kano on the ongoing discussions on restructuring and constitution amendments in the nation.
The governor said there was need for Federal Government to drop some of its responsibilities to the state and the states should also drop some of their responsibilities to the local governments.
Ganduje also said that the greatest asset of the state was its population and the government would utilise it to stimulate the economy.
He said: “We will do our best to see that our quality population becomes an asset like China rather that liability.”