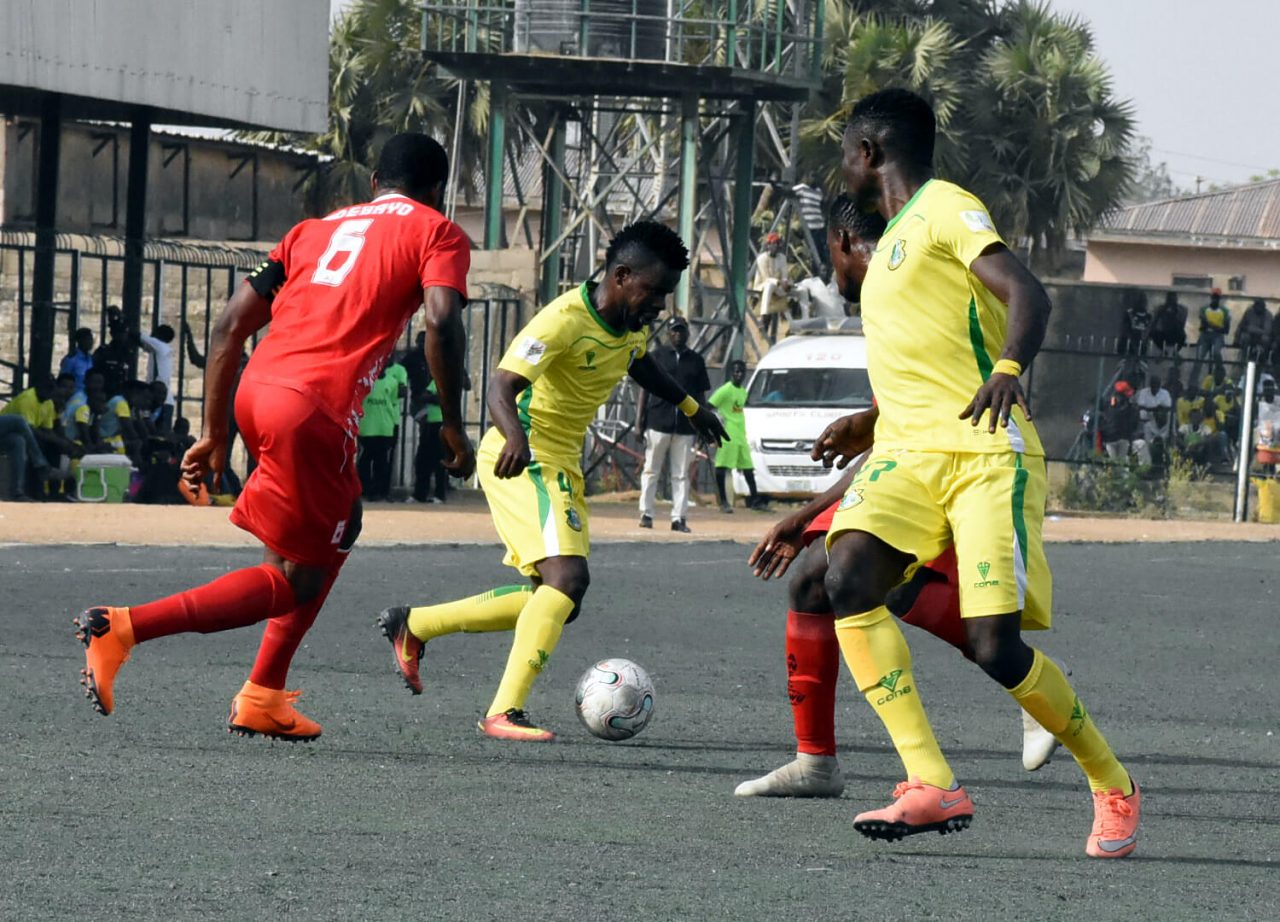 The management of Kano Pillars has given its technical crew headed by Ibrahim Musa Jugunu a three-match ultimatum to “improve on the team’s performance or face sanction”.
This follows the Aiteo Cup holders 0-1 loss to Lobi Stars on Sunday and the Matchday 1 fixture, which ended 0-0 against Rivers United a fortnight ago.
In a statement signed by the media officer of the four-time champion, Rilwanu Idris Malikawa, he said the management under the leadership of Alhaji Surajo Yahaya would not fold its arms and allowed things to continue this way.
The statement further said the three-match ultimatum given is to help in improving the team’s performance and would take effect from the next NPFL game.
The Sai Masu Gidas have found themselves 17th on the Nigeria Professional Football League table with just a point from two matches both played at home.