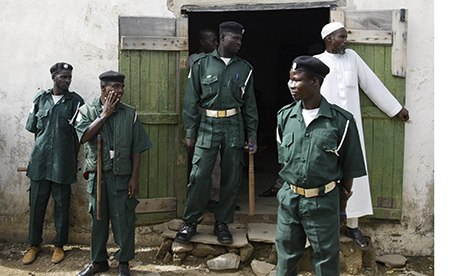 The Kano State Hisbah Board said on Thursday that it arrested 145 beggars in Kano metropolis in May for allegedly violating the law banning street begging in the state.
Malam Dahiru Nuhu, the Officer-in-charge of the board’s anti-begging unit, disclosed this to the News Agency of Nigeria in Kano.
Nuhu said that the number comprised 20 adults and 125 children, adding that they were arrested during different raids in the city.
He said that the arrests were carried out around hospitals, Bompai, France and Independence Roads.
According to him, first-time offenders were released after stern warning while others were taken to court.
He further said that the board on Thursday arrested 10 street urchins aged between 10 and 12 years along Lodge Road.
He said that the urchins would be investigated and thereafter, transported to their respective states of origin.
Nuhu urged the people to shun begging and learn to use their hands for productive ventures in order to better their lives.
NAN reports that violation of the anti-street begging law attracts a minimum of three months jail term.