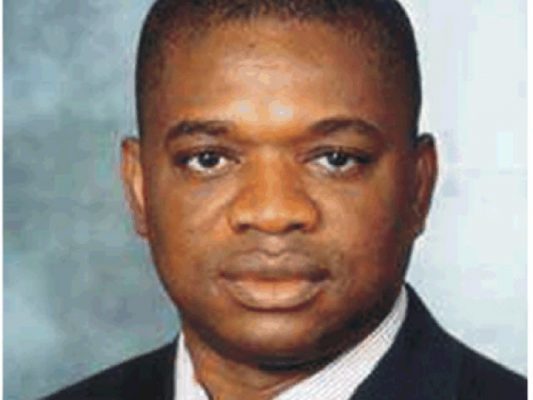 Eminent businessman, Dr. Orji Kalu, has called on President Goodluck Jonathan to urgently remove the subsidies on petroleum products before he hands over to the President-elect, Muhammadu Buhari, on Friday.
In a statement released on Tuesday, the publisher of The Sun newspaper said if Jonathan fails to completely halt the fuel subsidy regime, which has cost Nigerians over N6.354 trillion in the last five years, Buhari should implement it immediately he is sworn in on Friday.
Kalu said: “The Federal Government has spent N6.354 trillion as subsidy on petroleum products in the last five years, when President Goodluck Jonathan assumed leadership of Nigeria. Penultimate week it paid N156 billion to oil marketers, bringing total payment to over N500 billion in five months, including over N300 billion in two installments in December last year and N31 billion in interest differentials recently.
“In 2010, a total of N673 billion was paid on subsidy, rising significantly to N1.3 trillion in 2011, before being revised upwards to N2.19 trillion by the Ministry of Finance, after arrears were paid in 2012 for products consumption in 2011.
“In 2012, the sum of N888 billion was allocated to subsidise petroleum product imports in the budget, but in December a supplementary budget of N161.6 billion for payment of arrears of fuel subsidy was submitted by the president and later approved by the National Assembly.
“By the following year, 2013, the government earmarked N971 billion for petroleum subsidy. For 2014, the Federal Government again budgeted N971.1 billion for payments of subsidy, keeping it at the same level with that of 2013.
“Though, despite insinuations and reports that there was no provision for fuel subsidy in the 2015 budget, the Senate Committee Chairman on Finance, Ahmed Makarfi, cleared the air, saying that a total of N100 billion was provided for as subsidy for Premium Motor Spirit, while N43 billion was approved for Dual Purpose Kerosene for the 2015 fiscal period.
“You can imagine what the N6.345 trillion spent on subsidy can be used for in terms of infrastructural development in this country.”
Kalu said it was high time Nigeria wakes up and stops wasting public funds on subsidy, which benefits only the rich.
He said the fuel subsidy regime is nothing but fraud, which is only benefitting a few people.
He noted: “The subsidy is not benefitting the poor because the marketers smile to the bank after collecting the full benefit on the over 40 million litres of products (PMS and DPK) consumed by Nigerians per day, leaving a lopsided distribution network, where not all Nigerians are able to get the products at the regulated price of N87 per litre.
“In fact, a recent study showed that it is only in Lagos and a few urban centres that the products are sold at regulated prices. The larger chunk of the populace buys the product still at exorbitant prices despite subsidy.”
Kalu, who lamented the agony and suffering Nigerians who voted Jonathan into power four years ago have had to go through, said the subsidy regime cannot be sustained.
Besides, he advised the Jonathan administration to stop playing politics with the apparatus of government by using it to intimidate and embarrass innocent citizens. Rather he said such agencies should be used to fight corruption.
He lamented: “All these intimidation is damaging a lot of serious business people in this country. The Economic and Financial Crimes Commission knows those who corrupt people are and where to get them. How would a public officer wake up one day and buy a house in Maitama and hop on private jet every minute? Nigeria should get serious.”