Kalu reacts to reelection of Isiguzo as NUJ president 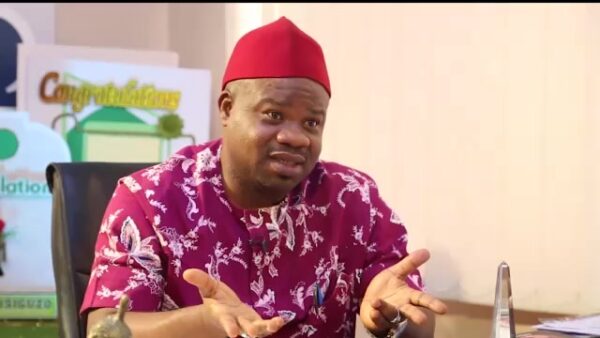 Former Governor of Abia State and Chief Whip of the Senate, Orji Uzor Kalu, has congratulated the reelected President of the Nigeria Union of Journalists, Comrade Chris Isiguzo, on his victory at the 7th Triennial Delegates Conference of the media body held in Umuahia, Abia State.

Kalu’s reaction to the reelection of Isiguzo was contained in a statement issued by his Media Office on Friday.

Applauding members of the professional body for their conduct before, during and after the elections, Kalu described the newly-elected officials of the media body as credible, fearless and patriotic journalists, who are committed to the upliftment of the NUJ.

The former Governor urged the new executives to uphold the tenets of the media profession in the discharge of their duties and responsibilities, adding that media practitioners have a major role to play in building a decent and ideal society.

In a goodwill message, Kalu stressed that he has no doubt in the capacity of the reelected president in steering the affairs of the media body.

He said: “As a major stakeholder in the media industry, I join my colleagues in congratulating the reelected president of the Nigeria Union of Journalists, Comrade Chris Isiguzo, and other executives, who emerged at the 7th Triennial Delegates Conference of the NUJ.

“The role of the media cannot be undermined in the sustenance of democratic virtues at all levels of government.

“Media practitioners must live up to expectations in the discharge of their duties and responsibilities.

“The newly-elected executives must embrace constructive criticisms from colleagues and stakeholders in the media profession in a bid to take the NUJ to enviable heights.

“The president and other members of his team must be fair and transparent in steering the affairs of the media body.

“Let us all joins hands with the new executives to reposition the media profession.”

Mock Accreditation: Why we migrated voters to new units – INEC