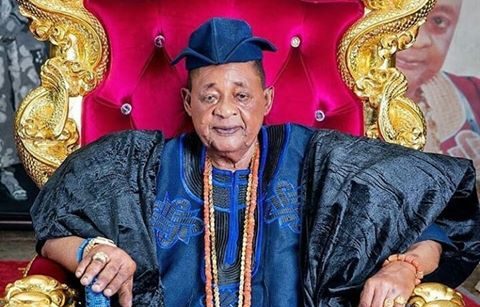 Kalu who acknowledged the invaluable contributions of the late highly revered monarch to the nation building through various platforms, stressed that the late paramount ruler will be remembered as a selfless statesman and nationalist with passion for a united and indivisible Nigeria.

The former Governor while commiserating with the  government and people of Oyo state, especially the royal household in the Oyo kingdom, prayed to Allah to forgive the shortcomings of the late Oba Adeyemi and grant him al-Jannah Firdaus.

The Chief Whip of the Senate in his condolence message, called on the family of the late monarch to sustain the remarkable conducts of their late patriarch, adding that the 52 year reign of the late traditional ruler was historic, remarkable and successful.

He recounted: “the passing of the Alaafin of Oyo, Oba Lamidi Adeyemi III is a big loss to the country.

“The late monarch was an accomplished and outstanding personality, who was passionate about the progress of Oyo state and Nigeria in general.

“He played selfless and patriotic roles in the social, economic and political development of Nigeria.

“The late monarch was a strong advocate of a united and prosperous Nigeria.

“His counsel on national issues will be greatly missed.

“Nigeria has lost a rare gem”

Kalu prayed to Allah to give the family of the late monarch the fortitude to bear the loss”.