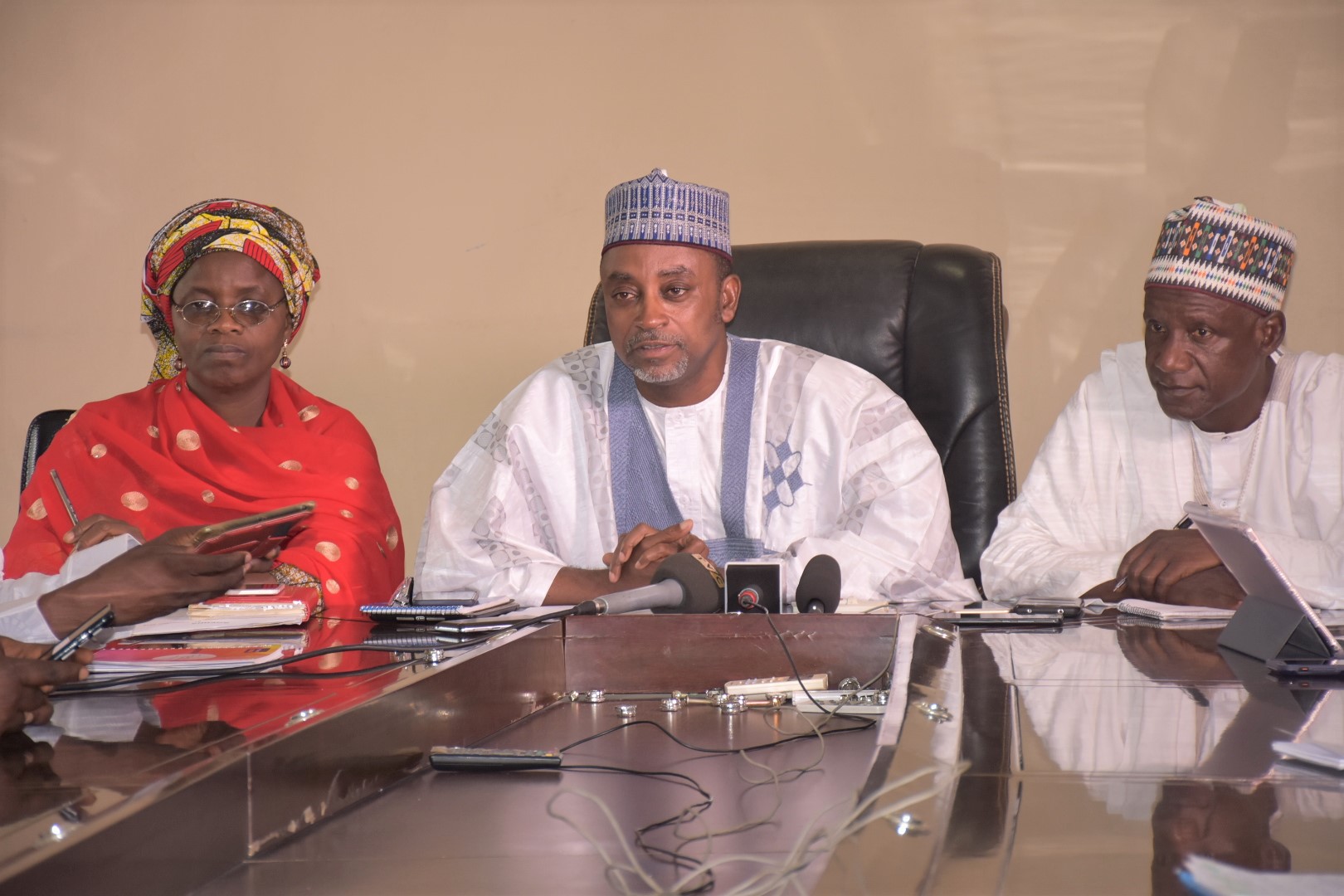 The Kaduna State Government has recruited additional 13,606 qualified teachers for its public primary schools.
Malam Ja’afaru Sani, the state’s Commissioner for Education, Science and Technology, made the disclosure at a news conference on Friday in kaduna.
Sani said the exercise was to complete the recruitment of 25,000 vacancies earlier announced by the state government after the sack of about 22,000 alleged unqualified teachers in January.
He said among the newly recruited teachers is a PhD holder, 8,494 first degree holders, while the remaining were holders of National Certificate in Education.
The commissioner recalled that the state government had in March recruited 11,395 qualified teachers and deployed them to various primary schools across the state.
Sani also said the state government had begun implementation of free education for 191,445 female students in the state’s public secondary schools as directed by Governor Nasir El-Rufai.
According to him, the gesture would cost the state government N143.587 million per term, amounting N430.791 million yearly.
He said: “This has become necessary with a view to removing all obstacles standing on the way of the girl-child education in the state.
“We hope with this gesture, parents will have no excuse not to send their female children to school.
“This will also significantly increase enrolment and retention of the girl-child in school because it is in line with the premium the current administration placed on educating the girl-child.
“This also explains why the female students were accorded priority when government distributed 15,000 tablets computers to secondary school students in the state.”
The commissioner explained that the efforts of the state government toward improving access to girl-child education has attracted support from NGOs and other critical stakeholders in the education sector.
He identified some of the organisations that supported to include the T. Y. Danjuma Foundation, Centre for Girl Education of ABU Zaria and Girl-Child Concern.
Sani said: “Also about N900 million and N70.335 million have been expended on girl-child scholarship and female teacher support respectively, under the World Bank’s $21.5 million grant for Global Partnership for Education Project.
“Similarly, Mercy Corps Foundation in collaboration with the education ministry had equally ensured the return of 100 dropout married women to school.
“You can see that Kaduna State has demonstrated it resolve in many ways for female students to receive the best of education.
“This we are doing by removing any hindrance on the way of the girl-child from acquiring quality education.”