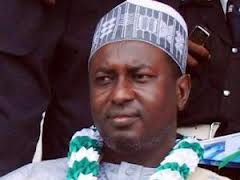 Governor Muktar Yero of Kaduna State on Tuesday sent a budget estimate of N198 billion for the 2014 fiscal year to the state House of Assembly for approval
Yero said that the appropriation bill was made up of N124.4 billion for Capital Expenditure, representing 62.2 per cent of the budget, and N74.2 billion for Recurrent Expenditure.
The estimate is tagged: “Budget of Peace and Unity.”
Some of the sources of funding the budget include an opening balance of N11.7 billion, a projected internally generated revenue of N29 billion and N71.7 billion from the federation account.
The state plans to use N9.9 billion of the budget to service debts, as the state has the highest debt profile in the country.
Yero said the 2014 budget was designed to give priority to water resources, security, education, agriculture, general administration and tourism.
The House Speaker, Hon. Usman Tahir, said the assembly would assist the executive to achieve its set goals and objectives by passing the budget on time.
Tahir added that the assembly would pursue the full implementation of the budget through its routine oversight functions.
“I believe the coming year will provide more avenues to meet the yearnings and aspirations of the people,” he said.
He called on the people of the state to work as a team to build a virile society.