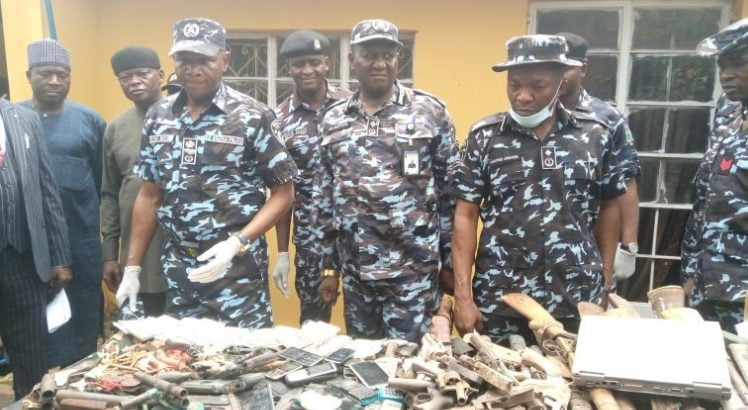 The Kaduna State Police Command says it rescued no fewer than 198 persons kidnapped in the state by bandits from January to date.

This was made known by outgoing Commissioner of Police and newly promoted Assistant Inspector-General, Umar Muri.

The AID spoke at a news conference on Friday in Kaduna.

The News Agency of Nigeria reports that Muri was recently promoted to the rank of AIG and consequently redeployed to Zone 13 Nigerian Police Headquarters in Awka, Anambra State.

Muri also said in the past seven months, operatives of the command arrested 492 suspects in connection with crimes bordering on kidnapping, robbery, criminal misappropriation and criminal trespass, among others.

According to him, 300 of the cases have been sent to State Ministry of Justice for legal advice  or prosecution.

Muri further stated that arms, ammunitions, vehicles and other dangerous weapons were recovered within the period under review.

He said the achievements recorded by the Command during the period was a testimony of its preparedness to ensure the safety of lives and property.

He therefore urged the people to discharge their civil duties of contributing their quota to the fight against criminals in the state by volunteering credible information to security agents.

He thanked the Inspector-General of Police, Alkali Usman Baba, for his support to the Command since he came on board.

He also thanked all stakeholders in the state for their support to the Command during his tenure.

Muri said: “My parting words to all stakeholders is that they should continue to offer quick and useful information that can lead to nipping crimes in the bud before they are committed.

“To my Police officers in the state, as I have always warned, ensure that justice prevails in all that you do, whether you are a Christian or Muslim, and no matter who is involved.”