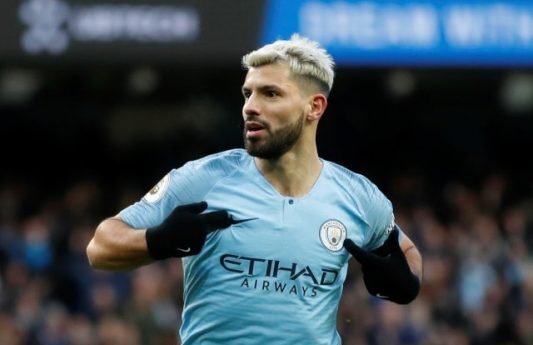 The Argentina international will leave the Citizens on a free transfer at the end of June, and a number of clubs are said to be competing for the 32-year-old’s signature.

Barcelona and Chelsea have both been strongly linked with the experienced forward, who has scored just three times in 15 appearances at club level during the 2020-21 campaign.

However, according to El Chiringuito, Juve have now offered the South American a two-year deal in the hope of winning the race for his signature.

Aguero is Man City’s all-time leading goalscorer, having found the back of the net on 257 occasions for the club since arriving from Atletico Madrid in 2011.

The attacker has struggled with a number of fitness problems during the current season, though, and has managed just one goal in nine Premier League appearances.