Obi raises alarm over plot to blackmail him, fingers South East Governor, others

The Zonal congress of the Peoples Democratic Party in the North-west zone held in Kaduna has ended in chaos after supporters of major contenders clashed.

Ballot boxes prepared for the Congress were destroyed in the chaos. 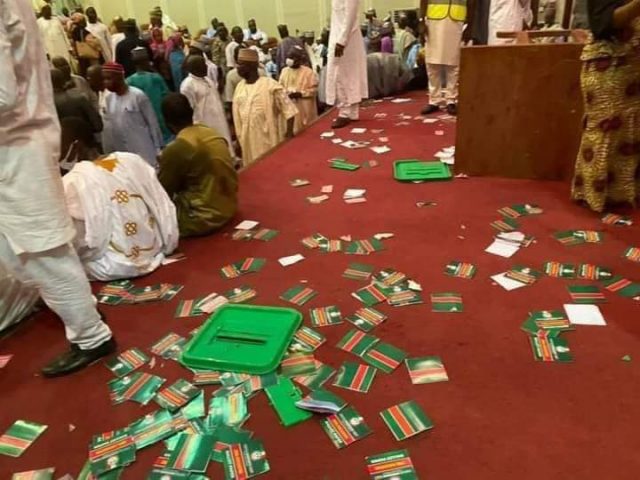 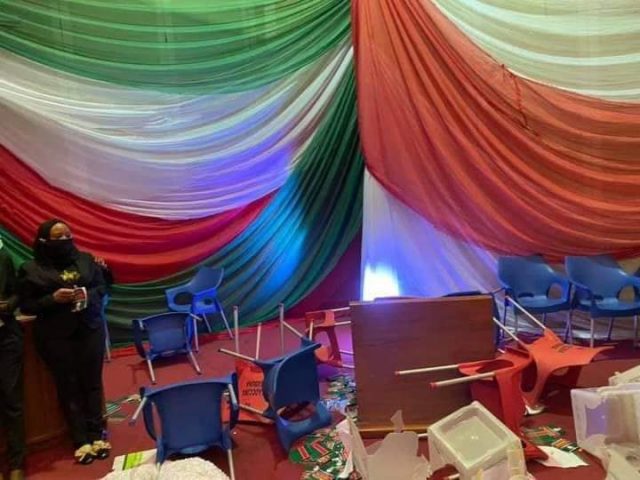 The major contenders for the position of National Vice Chairman for North-west zone include Senator Bello Hayatudeen Gwarzo, Aminu Wali and a preferred candidate of former Governor of Kano State, Rabiu Musa Kwankwaso.

It was not clear as at the time of filing this report who sent the thugs to disrupt the congress.

Thugs took over the venue just before the start of voting.

They snatched and damaged ballot boxes, forcing many to flee.

Obi raises alarm over plot to blackmail him, fingers South East Governor, others

How PDP can win elections in Lagos – Chieftain