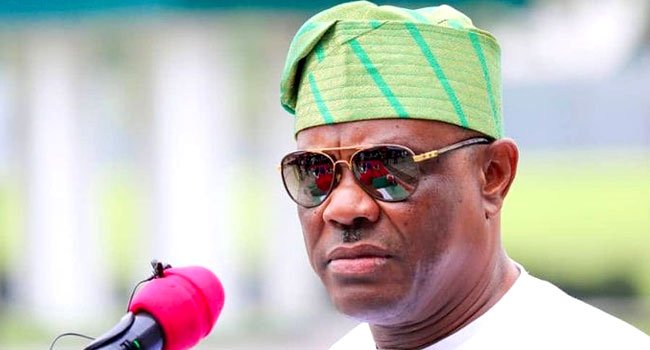 Members of the Board of Trustees of the opposition Peoples Democracy Party(PDP)  led by its acting Chairman, Adulphus Wabara, have arrived at the Government House, Port Harcourt, Rivers State for a crucial meeting Governor Nyesom Wike.

The critical meeting with their host is underway, with a former Governor of Kogi State, Ibrahim Idris in attendance.

The emergency meeting convened by the Wabara-led BoT was part of moves to find a lasting solution to the crisis in the party, especially the rift between Wike and the PDP presidential candidate, Atiku Abubakar, ahead of the 2023 elections.

Wabara and his BoT delegation aim to pacify Wike and convince him and his allies to support Atiku to win next year’s election, especially as the latter’s campaigns for the election had been flagged off.

Wike and some PDP governors, including Ifeanyi Ugwuanyi (Enugu), Samuel Ortom (Benue), Seyi Makinde, (Oyo), and Okezie Ikpeazu (Abia), were absent at Atiku’s campaign inauguration on September 28, 2022, raising concerns as to their support.

Recall that Wike and his men had on September 20 announced their withdrawal from Atiku’s presidential campaign council after a meeting in Port Harcourt.

There are expectations that Wike and Atiku’s camps might reach truce at end of the ongoing meeting in the Garden city.