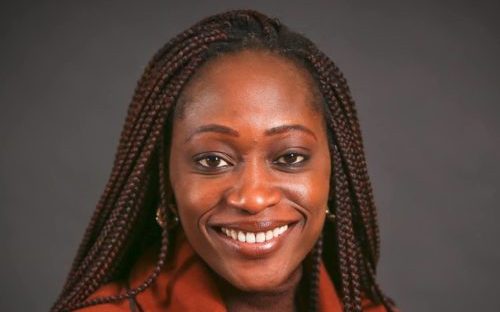 Hafsat Abiola-Costello, daughter of the winner of June 12 1993 presidential election, Chief Moshood Olawale Abiola, has said her family cannot forget the roles played by Nigeria’s Minister of Interior, Ogbeni Rauf Aregbesola, in ensuring that honour comes the way of her father eventually.

Abiiola-Castello said long before President Muhammadu Buhari came in as the President of Nigeria, Aregbesola, who was then the Governor of Osun State, had embarked on what she described as a one-man campaign, which pressed for recognition for Abiola as winner of that election and indeed to be recognised as a former president.

Speaking from Brussels, Belgium, during a virtual colloquium, tagged: Africa: “Interrogating the Leadership Question,” organized by Proumou Media Consulting, the Harvard-trained Economist said Aregbesola raised the issues with the then President Goodluck Jonathan who however expressed fears that there might be backlash if he recognised Abiola.

Abiola died on July 7, 1998 after years of incarceration sequel to the annulment of his electoral mandate in 1993.

Abiola-Castello said at the colloquium: “There was a story that one of my siblings told me.

“You know that recently President Muhammadu Buhari honoured MKO but Ogbeni had been working on it.

“He had a one-man campaign on this issue for a very long time.

“And well before President Buhari was president, when we had President Jonathan, Ogbeni also approached Jonathan to make an appeal that MKO be honoured.

“And Ogbeni offered his thoughts and President Jonathan said do you think it is possible because he had some concerns about backlash.

“So, it was not something that was carried out eventually.”

In 2018, Buhari at a public ceremony, honoured the late business mogul, declaring that henceforth the country’s Democracy Day would shift from the previous May 29 to June 12 in honour of the late politician.

Praising Aregbesola, Abiola-Costello said the Minister is one of her favourite Nigerian political leaders.

She added: “Ogbeni Rauf Aregbesola is one of my favourite people.

“I like his simplicity because when he was governor of Osun, I used to visit him and I observed that his life had some simplicity about it.

“And his wife, Alhaja Sherifat Aregbesola, would tease me saying it was because she was raised in the North.

“And truly as my mother (late Kudirat) would say that people from South West raised in the North have a different acculturation, gentleness and an openness to other people.

“I don’t think Ogbeni was raised in the North but he is very much happy with poor people and it makes you to admire and love him.”

The Founder of Women in Africa also recalled that it was not only her father that Aregbesola was serious busy trying to immortalise, she said even before then, he had demonstrated passion in the construction of what is now Kudirat Abiola Way, Oregun in Lagos when he served as the Commissioner for Works and Infrastructure.

Abiola-Castello said: “I want to thank Ogbeni for neither forgetting my dad and also my mother.

“You know that road, the Kudirat Abiola Road, Oregun in Ikeja.

“He was the Commissioner for Works in Lagos State that was responsible for that road.

“And this time around, I remember which of my siblings told me this story.

“It was Jamiu (Abiola) who told me that he (Aregbesola) would go to that road around midnight and find Ogbeni there with the workers getting the road fixed and ready.

“So, I just want to thank Ogbeni for the many steps he has taken to honour MKO and Kudirat Abiola.”

She said the most important thing that could be done to honour the memories of those who fought for democracy as against military rule is to ensure that democracy works for the poor people.

Abiola-Castello said: “And it may be much more than that.

“The many steps you have taken to make sure that the democracy they gave their lives to fighting to achieve in Nigeria actually makes difference in the lives of poor people.

“I think that is really the most important thing that could be done.”