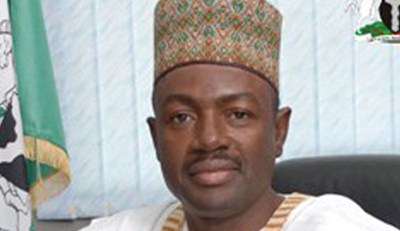 President Goodluck Jonathan’s intervention in the transport sector in the last two years is “unprecedented in the history of Nigeria”, Information Minister, Labaran Maku, has said.
Maku, who said this at the start of the 2013 edition of the Ministerial Platform in Abuja on Monday, challenged those with contrary opinions to a debate based on the realities on ground.
He said that the resuscitation of the rail and water sub-sectors was what many administrations, since independence, had not been able to achieve.
He said: “We have never seen anything like we have seen since 1960, particularly on the job we are doing on the roads, on the job we are doing in the railways and the job we are doing in the dredging of the Niger.
“That promise was made since the Tafawa Balewa administration in the 1960s.
“No government was able to fulfill it.
“This is courageous and has never been achieved by any government.
“So let me say that we are moving.
“The President is matching his promises with action.”
Maku said that the administration, midway through its tenure, had been able to deliver on some of the promises in spite of the challenges of insecurity in parts of the country.
Maku said that there was no sector in the economy that had not been able to start something new or consolidate on what had been on ground.
He said that the administration would take advantage of its previous dialogue with Nigerians during the 2012 ministerial platform and the ongoing tour of projects to engage more Nigerians in the governance process.
Maku said that the participation of Nigerians in the governance process would be the needed impetus to enable Nigeria actualise its aspirations.
The minister said that the achievements of his colleagues in the transport and works ministries were things that every Nigerian should be proud of.
He said that the ministers had surmounted difficulties in the sectors to revive aspects of the sector that were moribund before the commencement of the Jonathan administration.
Maku urged Nigerians to come up with suggestions on how best to move forward the economy and not to engage in actions that would malign the administration.
He said that all ministers would feature on the forum to update Nigerians on the progress they had been able to make in the past two years as well as the challenges.
The News Agency of Nigeria (NAN) reports that the Ministers of Works and Transport featured on the opening day of the forum while the Ministers of Aviation, Niger Delta and Labour and Productivity will feature on Thursday.