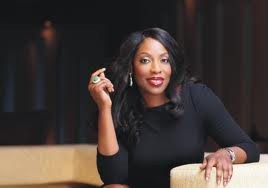 The Special Adviser to the President (Media & Publicity), Dr. Reuben Abati, said on Tuesday in Abuja that the President Goodluck Jonathan Administration will continue to do all within its powers to encourage and promote Nigerian artistes and producers of local content for radio and television.
Receiving the Executive Chairperson of Ebony Life Television, Mo Abudu, at the Presidential Villa, Abati assured her of the Federal Government’s support for the television channel, which is to be exclusively dedicated to Nigerian and African entertainment programming.
Abati commended Abudu and her team at the Tinapa-based Ebony Life Television for coming up with the novel idea of Nigeria’s and Africa’s first global black entertainment channel that will make over 700 hours of non-stop, original programming available to viewers in all parts of the world.
He wished Abudu and her team of Nigerian and international broadcast producers and entrepreneurs great success for the channel, which will soon become available to viewers on DSTV and other platforms.
Abudu presented compact discs with a detailed brief on Ebony Life Television and its programming to President Jonathan through Abati.
She said that the new channel will be powered by state-of-the-art production facilities, which have been established at Tinapa, Cross River State and a world-class international team.
“Our programming is designed to be youth empowering and gender-sensitive. The channel will be targeted at young, discerning, ambitious, vocal, progressive and dynamic global black audience through a robust multiplicity of engaging platforms including television, smart phones and the internet,” Abudu told Abati.