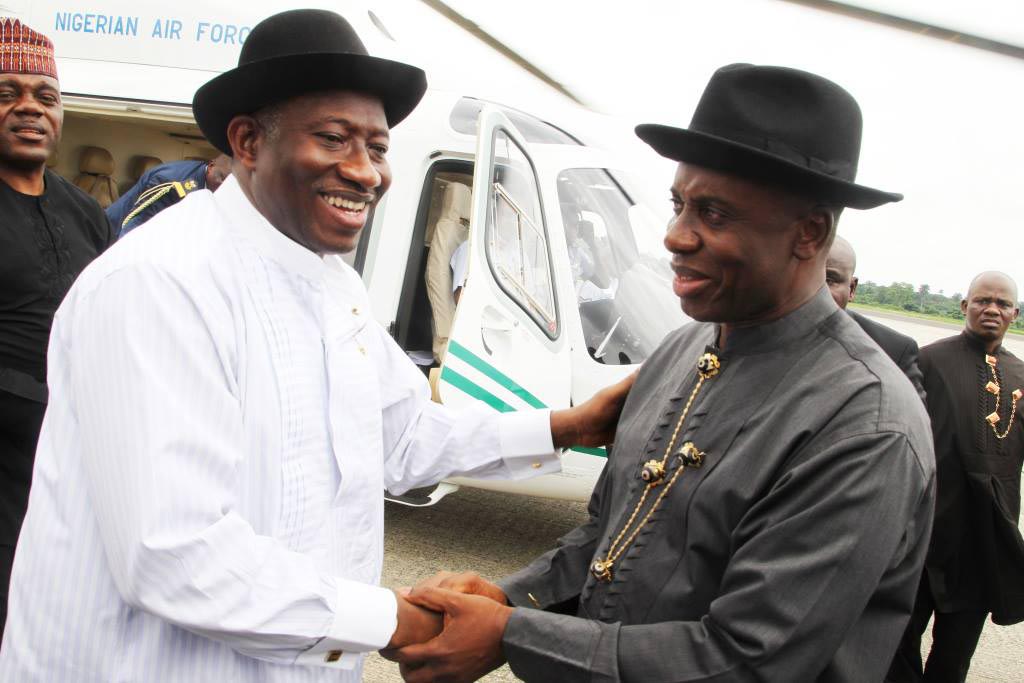 President Goodluck Ebele Jonathan on Saturday shunned a move by the Rivers State Governor, Hon. Rotimi Amaechi, to have a private meeting with him.
Amaechi, who made the move to have a private meeting with Jonathan when he received the President at the Port Harcourt International Airport, was stylishly turned down.
The meting of Jonathan and Amaechi at the airport was the first in six months.
Amaechi, who is believed to be having a face-off with Jonathan, had not seen the President one-on-one in six months unlike some of his colleagues who visit the Presidential Villa for private meetings.
The face-off between the duo resulted in the President moving against Amaechi retaining his seat as the chairman of the Nigeria Governors’ Forum.
But against all the odds, Amaechi defeated Jonathan’s candidate for the election, Chief Jonah Jang, who is the governor of Plateau State.
Saturday’s meeting between Jonathan and Amaechi at the Port Harcourt International airport was by happenstance as the President only stopped over on his way from Bayelsa State, his home state, to Abuja.
The meeting was brief and they exchanged banters.
However, much as Amaechi wanted to speak with him privately, the President did not create that opportunity and he left.