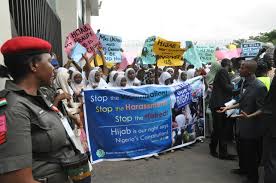 The Jama’atu Nasril Islam on Tuesday condemned the recent attacks on innocent people in Konduga, Izge and Madagali areas of Borno and Adamawa States
The condemnation was contained in a statement signed and issued in Kaduna by the JNI Secretary-General, Dr Sale Aliyu.
“The JNI expresses deep concern over the continued killings and merciless attacks on innocent people in Borno and Adamawa,” the statement said.
It called on the government to strengthen its forces to protect the lives of innocent people in the two states.
It asked: “Why will blood be allowed to spill for no just cause?
“Are we not aware of the devastating repercussion associated with spilling of blood?”
The statement condemned the devastating attacks on unarmed citizens, and called on members of the public to be wary of happenings around them.
It also called on the government to end the series of “ungodly acts” being perpetrated by miscreants.