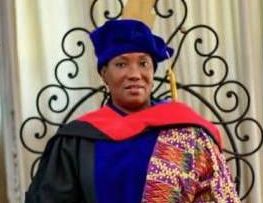 The Journalists International Forum For Migration, JIFORM, with over 300 journalists spread across the continents covering migration has applauded the Government of Sierra Leone for lifting the ban on labour migration thereby allowing her citizens to legally seek decent jobs abroad.

Ajibola Abayomi, President of JIFORM in a statement on Sunday promised to mobilize its machinery to support the process while congratulating H E Princess. A. K Ocansey, a member African Union Labour Migration Advisory Committee for her efforts at riding the continent of hard labour Africans were subjected especially to the Middle East.

“Yes we shall work for this in order to liberate Africa because Ocansey’s template is tested and trusted for over 30 years.  We are involved and shall encourage other nations to key into the decent job approach” Ajibola said.

Both JIFORM and Ocansey’s Nekotech Center of Excellence organized the first African Migration Summit in Ghana between February 25-26 where dignitaries across Africa and beyond endorsed decent work negotiations for Africans in order to reduce poverty.

Alpha Timbo, the Sierra Leone’s Minister for Labour and Social Security said that the lifting of the ban was timely, and confirmed that the decent work agenda was in partnership with the multiple award-winning SOS Labour, Ocansey.

Dr Ocansey whom also represents the Diaspora African Forum at the AU, is the Executive Chairperson of world renowned multiple award winning Nekotech Center for Labour Migration Diplomacy and the UNYA-Ghana.

The “SOS Labour Decent Jobs for Sierra Leonean Youth” five-year master plan kicks off with 1000 decent jobs and 200 masters degree loan programs of up to $50,000 for Bachelors degree graduates interested in STEM  work-study programs in the USA, Canada or the  EU.

Thus, in collaboration with the Africa’s JIFORM, Beyond the Carat Foundation, SOS Labour and the Nekotech Center will be providing the SOS Decent Work App to all migrants with a thorough skills, religious and cultural sensitization training, as well as a financial literacy training program prior to the departure of the migrants.

This SOS decent work program is designed to be intentional about the safety, dignity, professionalism and eventual success of each migrant to their personal benefit and growth, and through remittances, to the benefit of their families and Sierra Leone.

The Government of Sierra Leone, which recently became MCC eligible based on 13 areas, has now also demonstrated commitment to the UN Global Compact for safe, orderly, migration by instituting the SOS Decent Work Legal Migration Framework.

“Sierra Leone is excited about this partnership with SOS Labour. The legal migration roadmap developed by SOS Labour and Nekotech for our Ministry of Labour and Social Security will go a long way in helping Sierra Leone achieve the SDGs by 2030 and contributing its quota to the AU Agenda 2063,” said Hon Alpha Timbo.