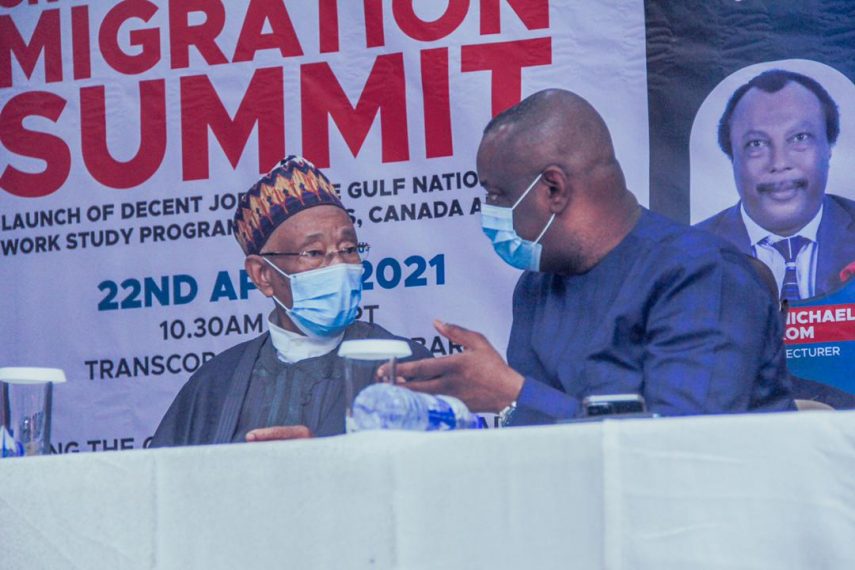 Contrary to the position of the Minister of Labour and Employment for state, Festus Keyamo (SAN) and the Chairman Senate Committee on Foreign Affairs, Senator Adamu Mohammad Bulkachuwa on some existing laws on migration matters in Nigeria, the Journalists International Forum For Migration (JIFORM), has called for an effective legislation to aid migration and its benefits to the country.

Speaking in Calabar at the Cross River State Migration Summit with the theme: Utilizing The Gains Of Migration To Advance Economic Development In Nigeria on April 22,  Ajibola Abayomi, the President of JIFORM comprising over 300 journalists across the continents argued that the existing laws in the country had failed to protect the rights to dignity of labour for Nigerians both within and outside the country. 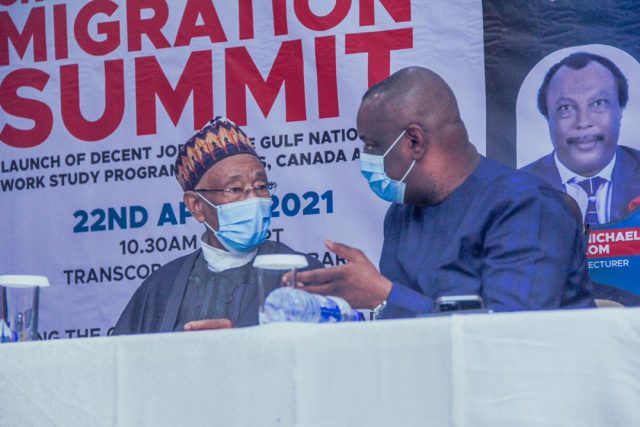 In a similar vein, the Governor of Oyo State, Seyi Makinde represented by his Senior Special Assistant on Diaspora Matters, Bolanle Sarumi Aliyu called for the total review of the nation’s constitution to allow the states in conjunction with the Federal Government to register, monitor and sanction any erring agents and migration agencies that violated that the labour migration .

According to the Minister, Nigeria had adopted a National Policy on Labour Migration (NPLM) on October 15, 2014 and the International Convention on Protection of all migrants with members of their families, and the International Labour Organization (ILO) Convention 97 leading to good labour migration governance guaranteeing decent jobs opportunities for the Nigerian men and women.

While calling for proper documentation of all labour migrants in the country especially those in the property and construction sectors, Keyamo, although admitted that Nigeria must be fully committed to adequate welfare for labour workers, he however admonished the Cross River State Migration Control Service Agency, and Nigerians or companies to get a valid recruitment license from the ministry of Labour and Employment before they could operate stating that migration was on the exclusive list.

Senator Bulkachuwa, arguably the most experienced legislator since 1999, posited that the JIFORM President applauded by the audience was drifting towards sensationalism as many Nigerians held in captive in the Middle East and elsewhere based on his experience as diplomat were found wanting and there was the need for all to embrace regulated migration. 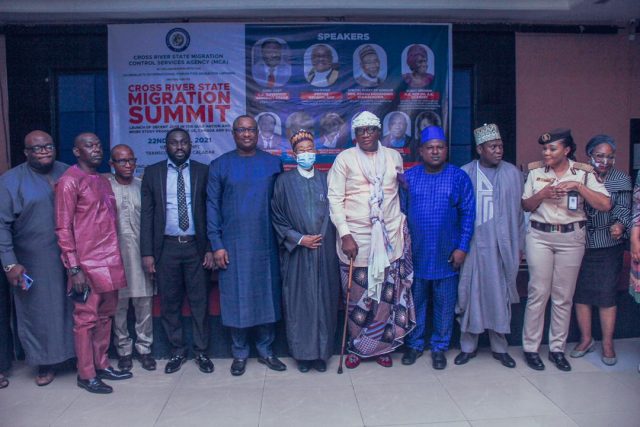 Buttressing his points, the JIFORM President pointed out that: “We need not to continue to deceive ourselves that there are existing laws protecting the rights of labour workers both within and outside Nigeria. Where were the diplomats when many Nigerians were beheaded in Saudi Arabia for things they knew nothing about? When migration is regular, it is already regulated. What more? Apart from the International Organization for Migration (IOM) helping through the Assisted Voluntary Return and Reintegration scheme, the returnees-Nigerians had been totally abandoned.

“JIFORM commends President Muhammadu Buhari, for rescuing thousands of Nigerians from Lebanon, Oman, Kuwait, Iran and Saudi Arabia since last year. Some of the ladies were raped, many denied their wages and were randomly abused, yet we claim we have laws protecting them. What effort has the nation made to reintegrate them into the system? Our people are not criminals; they have only gone to make a trial. That they did not succeed is not a reason to abandon them. Every Nigerian outside the shore of the country should be the business of the diplomats and our ambassadors. I am not satisfied with their performance, they need to do more for the people,” Ajibola posited.

He revealed that: “There is a readymade solution for our people being enslaved in the Middle Estate as contained in the template of a member of the African Union Labour Migration Advisory Committee, Dr Princess A. K Ocansey from Ghana. We should engage her and grab the remedy from deadly work to decent jobs for our people.

“Nigeria needs over six million annual jobs for the youths. Government cannot do it alone therefore the environment must be conducive for the private sector to create additional employment. This country must humble herself by negotiating decent work with the Middle East leaders for many of our ladies.

“The fact is that the laws are not working to our advantage. There is a need to put in place effective legislation to save our people and help our country. Labour migration is profitable. In 2019, Nigeria alone got $25 billion out of the $46 billion that came into Sub-Saharan African as remittances; we need to do more to get more by protecting the jobs of our people abroad,” he said.