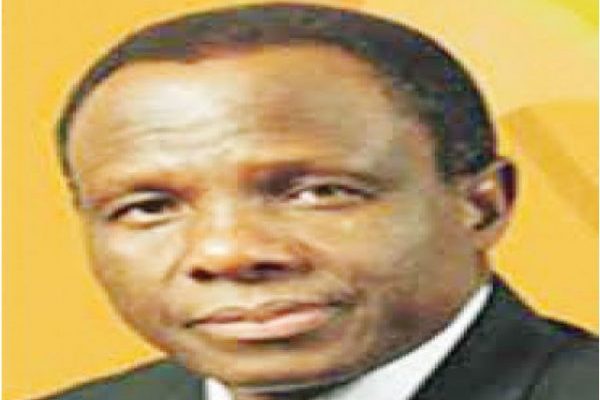 Share
Facebook Twitter LinkedIn Pinterest Email
The Prof. Jerry Gana Presidential Campaign Team, known as G19, says it is going ahead with its planned commencement of Gana’s 2019 election campaign.
A Federal High Court in Maitama, Abuja on December 14 declared that Gana and not Donald Duke was the rightful candidate of the Social Democratic Party for the 2019 election.
Justice Hussein Baba-Yusuf had held that the regulations contained in the party’s constitution were binding on every member and must be obeyed.
The judge held that the zoning and rotation formula as contained in the party’s constitution stipulated that both the chairman of the party and the flag bearer should not come from the same zone.
However, the National Chairman of the party, Chief Olu Falae, on Friday appealed to all members of the party not to attend any of the events being scheduled by Prof. Gana and his presidential campaign committee pending the outcome of the appeal in the earlier judgement.
In a swift reaction to Falae, Dr. Ike Neliaku, the G19/Gana Campaign Director-General, said in a statement: “The Gana Presidential Campaign train is set to leave the station tomorrow December 29 (Saturday), and will run swiftly to redeem the time and arrive its destination successfully and unhindered.
“Therefore, all the media organizations and guests invited to the Media Presentation are joyfully expected to be at the Ladi Kwali Conference Centre, Sheraton Hotel and Towers Abuja by 11.30am.”
Nelianku said they were prepared to win the election and help other serious candidates of the party to win their elections as well.
He said: “We did not seek the party tickets to become merchants, traders and transationalists, we are too serious a community of people to engage in such.
“By the grace of God, we are running the race to win and determined to secure resounding victories for the Party.
“Considering the unmitigated embarrassment and sliding fortunes of the party in the last three months, I wonder if it is not time for the majority of party faithful who love the SDP to arise and rescue her from the tyranny of the minority who have received a mandate from outside of the arty hierarchy to muscle and cage the elegant stallion.”
The DG explained that following the High Court Judgment in favour of Prof. Gana as the 2019 Presidential Candidate of the SDP and in the spirit of “our avowed commitment to Party Constitution, Gana wrote the National Chairman on December 17 to inform him of the judgment and sought audience on Dec. 19 to brief the National Working Committee (NWC) on the agenda and roadmap of his campaign thrust.
“The National Chairman, through the Deputy National Chairman South, Prof. Tunde Adeniran, responded on December 18, conveying his inability to be in Abuja as requested.
“On December 19, Prof Gana personally submitted his nomination form to the Party which was received by the Deputy National Chairman (North), Dr Abdul Isiaq and other members of the NWC on behalf of the party for onward transmission to INEC, in line with the court Judgment and order.
“Dr Isiaq announced at the public occasion that the party will obey the court order. To our surprise, we understand that the national chairman, at the last minute, instructed the party not to proceed with the form to INEC, which is a flagrant disobedience to the court judgment.
“After waiting for about 10 days without any information from the national chairman on moving forward, and being under tremendous pressure to commence campaigns in the light of limited time, Prof Gana wrote a second letter dated December 27.
“The letter notified the National Chairman of his intention to unveil his campaign vision to the Media on December 29,  and meet with Stakeholders on January 5, 2019.
“While expecting the national chairman’s response to the letter, our attention was this afternoon drawn to a press statement reportedly issued by the national chairman, on the subject matter of our letter.
“To say the least, we are shocked at the national chairman’s sudden shift of position, after making commitment to both our candidate and other legitimate stakeholders, that as Social Democrats he and by extension, the party, were obliged to obey the court judgment and orders; and would expectedly work with the position of the court.
“For the avoidance of doubt, the reliefs granted in consequence of our case by the FCT High Court are all declaratory, which could only be vitiated by a contrary judgment of an appeal court.
“It speaks volumes that our National Chairman would prefer an Appeal process, yet to commence and determined, in total disregard to a subsisting valid judgment and order by a court of competent jurisdiction.
“We have consulted with other leaders of the Party who represent about 90% of both the NWC and the NEC of the Party, and arrived at the conclusion that the views of the National Chairman are not in tandem with the majority.
“Unequivocally as the DG of G19, we will rather stand with the Rule of Law, which is a cardinal element of our campaign thrust and our great party.”

Atiku is eligible to vie for presidency, Adamawa tells court