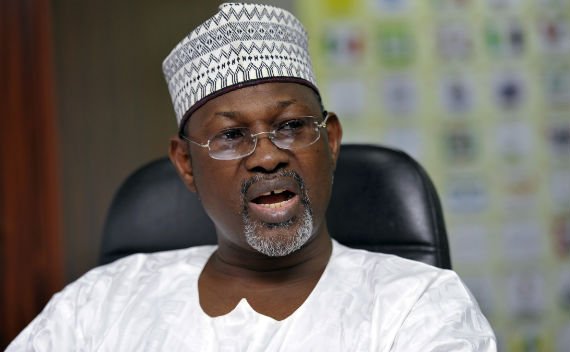 Jega was speaking on behalf of other chairmen at the inaugural ceremony of 38 Federal Universities and four Inter-university centres in Abuja on Tuesday.

The former INEC boss also called for consistency in the constitution of visitation panels to federal tertiary institutions.

He urged the Federal Government to implement recommendations from the panels, while also pledging full commitment of panel members to produce excellent reports.

“We shall do our best and produce excellent reports, which we hope the government will put to good use to reposition the country.

“No doubt, a lot of challenge exists in the institutions and the president has offered opportunity for careful review of the nature of the challenges on which basis recommendations will be made to address them,” he said.

Earlier, the Minister of Education, Malam Adamu Adamu, while inaugurating the visitation panels as directed by President Muhammadu Buhari, charged the panels to evaluate the policies and laws of the specific institutions.

Adamu, represented by Sonny Echono, the Permanent Secretary of the ministry, urged the panels to adhere to the terms of reference to improve efficiency and effectiveness in the institutions.

According to him, each panel will have an academia, someone who knows the financial matter in the business sector, someone with the knowledge of the law and other instrument.

“Each panel is expected to inquire into the level of implementation of the white paper on the last visitation report.

“It will look into the leadership quality of each university in terms of the roles of governing council, the vice chancellors and other principal officers.

“It will look into the financial management of each institution including statutory allocations and internally generated revenue over the recommendation period.

“It will investigate the application of funds, particularly the special grants and loans meant for specific projects in order to determine the status of such projects,” he said.

Adamu, therefore, urged the panels to conclude their responsibilities with best practices within the period of 60 days.

The Executive Secretary, the National Universities Commission (NUC), Prof. Abubakar Rasheed said that each of the 42 panels comprised prominent persons who had served the nation in various capacity.

Rasheed tasked the chairmen of the panels to do their best to reposition the education system for the good of the nation.