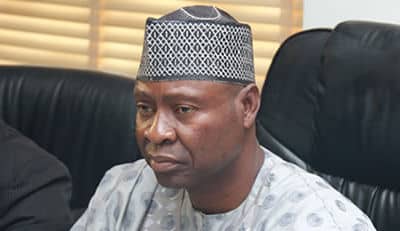 The Director-General of the Industrial Training Fund, Joseph Ari, has said arrangements have been concluded with the Joint Admissions and Matriculations Board to commence direct admission of students by the Board into the fund’s Model Skills Training Centre from the 2020 session.
Ari made the disclosure during an interactive session with journalists on Friday in Jos, Plateau State.
He said the management of JAMB was fascinated by the depth and content of the curriculum and machinery at the MSTC in Abuja.
He said the centre was established to promote technical and vocational education in Nigeria and to bridge the skills gap in the country.
The director-general added that the ultimate objective of the centre was to empower Nigerians to handle critical services that were hitherto the exclusive preserve of expatriates.
Ari said most developed countries were developed because of skills acquisition, adding that skills acquisition would transform the economic landscape of the country.
He explained that the training at the MSTC was modular in nature and that after each module, the students could work in any factory as they would have been efficiently trained for the purpose.
According to Ari, graduates of the MSTC will be issued the National Innovative Diploma Certificate and the National Vocational Certificate
He further said the ITF would be hosting the 14th edition of the Students Industrial Work Experience Scheme biennial conference in February.
He said the SIWES is the brain child of the ITF and was initiated to provide students of engineering, technical and allied disciplines with practical experience of the real work situations they would likely encounter after graduation.
The director-general said as part of efforts to improve the scheme, the ITF had stepped up engagements with the supervising agencies and other stakeholders to address some of the problems bedeviling the scheme during the conference.
He said resolutions from the event would be implemented to resolve the numerous challenges that had been encountered in the administration of the programme.