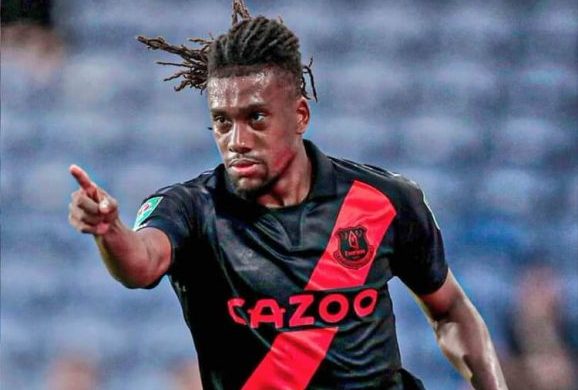 Matchwinner Alex Iwobi believes the “amazing feeling” of his dramatic 99th-minute strike against Newcastle United can be the catalyst for more special moments for Everton this season.

The winning goal was all the more remarkable given Everton were down to 10 men after midfielder Allan was sent off following a VAR review six minutes from time.

Iwobi saluted the impact of a feverish Goodison crowd on an unforgettable night in L4 – as well as substitute Dominic Calvert-Lewin for assisting his last-gasp winner.

“For the goal, I just wanted to relax and stay composed,” he said. “It was on my weaker foot as well. The main thing was to hit the target, beat the keeper – and it turned out to be the goal we needed.

“Dominic also did very well to stay composed and wait for me to overlap. I have to give credit to him for assisting me and I was able to slot the ball in the corner.

“In the celebrations, a lot was going on!

“I remember Anthony [Gordon] jumping out in front of me and showing that desire he has for the fans!

“|It was an amazing feeling to see our fans like that. We want more of this feeling.

“From minute one until the end the fans were right behind us. If they believe in us, we can only believe, too. It’s great for us.”