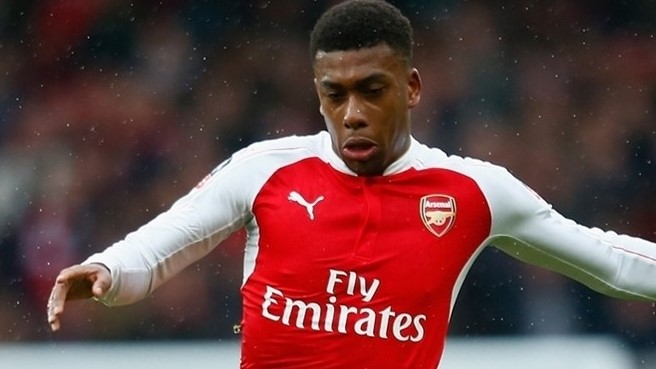 Nigerian international, Alex Iwobi, has attracted the interest of Barcelona, according to some recent reports, but this isn’t a move that would interest the Arsenal forward.
“He’s ‘at the right place,” according to his father Chuka Iwobi.
Chuka added: “At this point in time, he is at the right place. He’s doing well at Arsenal, but should any club come for him now, the answer would certainly be no.
“No matter if this club was Barcelona, or whatever was being offered financially, he wouldn’t be lured away from Arsenal with his father adding his progression is best served with the Gunners.
“For him now, it’s not about the money. So, should a club like Barcelona come with more money, he will certainly stay back at Arsenal because now it is not about him making money, it’s about him concentrating on his career, progressing and going on to the next stage.”
Iwobi’s a raw talent, who does need to work on areas of his game (which Arsene Wenger has conceded), but has the basic ingredients to suggest the 20-year-old has a decent future in the game with this (seemingly) being with Arsenal for the foreseeable future.