Iwobi: I want to fight for Evertonians 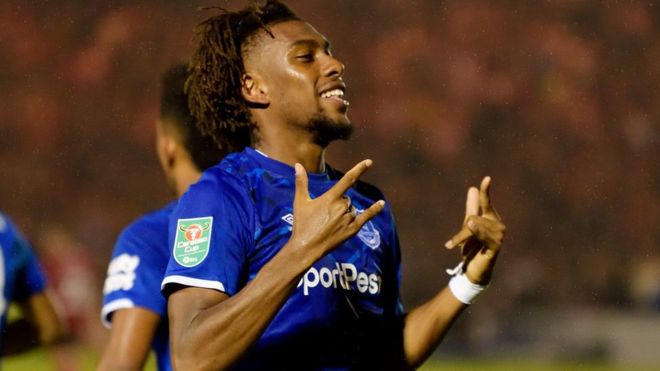 New improved Alex Iwobi has vowed to continue fighting in order to brings to the faces of Everton fans.

The Nigeria international in an interview spoke about the factors motivating him to improve every day.

“Every day I try to prove to myself I should be here, that I should be playing for Everton,” Iwobi began.

“I always have that motivation.

“Especially because of what my family went through for me to get where I am.

“It gives me that hunger to improve myself and I work every day to try to do that.

“I had a lot of downs growing up. Moments when I was told I wasn’t good enough, times when I was almost released by Arsenal.

“I want to fight for not just me but the hundreds of thousands of Evertonians and the people who follow and support me.

“And I always want to do well for my family.

“Everything I do is for them.”

Iwobi ended a 17-year connection with Arsenal when he moved to Everton in August last year.

The midfielder is believed to have also applied same persistence which helped him overcome concerns over his speed and physicality to play 149 games for the north London club.

His beginning to this season was delayed by a strained left hamstring – “I came back from the break buzzing and felt so sharp, so that was very frustrating” – but Iwobi got going with a goal and an assist on his first start, in September’s Carabao Cup win at Fleetwood Town.

He came off the bench in the opening half against Brighton & Hove Albion 10 days later to contribute, perhaps, his finest performance for the Club to that point.

Subsequently handed a Premier League start at Southampton, though, he lasted only 45 minutes before being replaced at half-time by Carlo Ancelotti.

“The manager doesn’t say anything, he just takes me off, but you know he’s doing it because he thinks it’s right for the team,” said Iwobi.

“It is frustrating because no player wants to be taken off at half-time, and you always feel, if you stay on, you can offer more.

“It is a bad feeling but it is part of the game and you can’t beat yourself up about it.

“I just take it as, ‘Well, maybe I didn’t play well in that 45 minutes, I have to prove myself again in training or the next time my chance comes.

“You have to be on it all the time.

“It gives me the hunger to go again. You think: ‘I don’t want that feeling again.’”