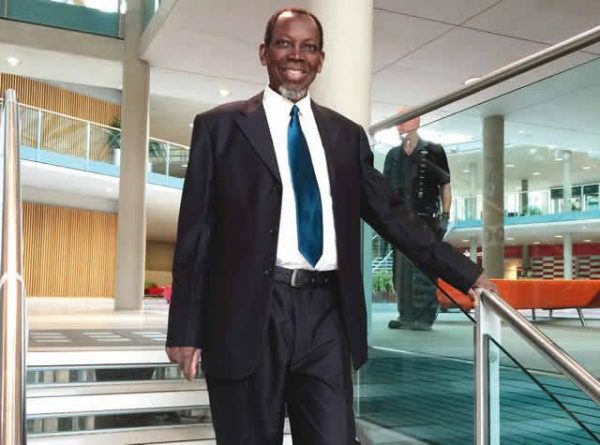 An afterthought indeed it is for any official to feign ignorance of the location of the Federal College of Education at Iwo when all the six letters were signed on the same date for each of the six geopolitical zones. How can it go to Ila Orangun where the Federal Police College is sited and where Osun State College of Education is located? Is the new College of Education meant to occupy the structures God enabled me to put in place while serving there as Chairman of its Governing Council 1986-1989?

Would it be just and equitable to rob the most populous town in the State of the first higher education centre from either the Federal or State government simply because the town has not produced a governor? No doubt that a disinterested response to each of the foregoing questions will affirm that the President who approves and Minister who recommends as well as the sitting Governor who will want equitable distribution of organs of development in his state made no mistake at all in making Iwo a metropolis from the nineteenth century to be the proper location of the College .

The conspiracy theory of afterthought mentioned above is manifest in the fact that some members of the party who hold key political positions nationwide from the State and who are not known to be well wishers for the success of Oyetola have been canvassing for the location of the College at Ila-Orangun to honour Chief Bisi Akande and undermine the political strategy of the Governor. Such lawmakers should have learnt something from their colleague Wole Oke representing Obokun/Oriade Federal Constituency who had secured approval for the location of the College in Ibokun in 2010 and the project was captured in the Appropriation Act of 2011 but because he was not in the House in the 8th National Assembly, the matter got dropped and forgotten. Now that he is back in the House, he also fought for it to still be located at Ibokun but acted like a good sportsman by congratulating Iwo and appreciating Chief Bisi Akande for acting a statesman and doffing his hat for Governor Isiaka Gboyega Oyetola for his political wisdom. However, those who want to embarrass the State masterminded the people of Ila to go and muscle up Chief Bisi Akande.

The letter mentioning Iwo as the location could not have been fake. It is any other one claiming Ila-Orangun as its location that should be seen as being framed. In Osun Central, there is the Teaching Hospital for the Ladoke Akintola University, aside from being the State capital, there is also the main campus of the Osun State University, all in Osogbo where the Senator representing Osun Central comes from. There is Federal Government College, Ikirun also at the Osun Central as well as the Federal Police College in Ila Orangun. It is noteworthy that both the Nigeria Police College and the Osun State College of Education can be upgraded to a University status when the economy of the proprietors of both institutions improve. An illustration of this from the Federal Government practice is the upgrading of the Nigerian Police College Wudil to a University while an example for this at the State level is the elevation of the Tai Solarin College of Education to a University by the Ogun State government.

The intention here is not to diminish my esteem for Ila Orangun where I have left a legacy of the construction of the School of Science and taking the administrative structure beyond the Damp Proof Course level as well as completing the external work of the School of Arts. All these were achieved through total commitment to probity and accountability as this is documented in the records of the College. It is a town I cherish especially for the goodness of the then Orangun of Ila, Oba William Adeyeni, Ariwajoye, who stood in loco parentis for me throughout my tenure and who along with the Foundation Chairman of the Governing Council, Hon. Justice Bola Babalakin (rtd), both were honoured with the highest accolade of the College during its Convocation. There should be no tussle between Ila and Iwo because history tells us that both Oluwo and Orangun were full brothers and that is why when an Orangun had difficulty on the throne, it was Iwo he took as asylum and for which there is Ile-Orangun in Iwo from time immemorial till date.

The letter conveying the approval of the location of the Federal College of Education in Iwo contains a ring of truth and it explains the raison d’être behind the approval of a set of six Colleges of Education to cater for the zones that do not have such Institution and is hereby quoted:

I write to inform your Excellency that Mr President has graciously approved the establishment of six new Colleges of Education across the six geopolitical zones to address the emergency education needs of the country particularly in the states where such federal institutions do not exist.

What is applicable in the spirit and letter of the approval to the geopolitical zones is no less applicable to equitable location of institutions among the senatorial districts and Federal constituencies. The claim that Iwo has been a metropolis for centuries is corroborated by the fact that a 17th century student of Al-Maghili, a native scholar of Katsina, Abu Abdullah Muhammad bn Masanih (Hausa: Dan Masinah) in his book, azharu ’ruba fi ’akhbari biladi yuruba where he made reference to conversations on Islamic law between him and the scholars of Yorubaland. This account was corroborated by the Sultan of Sokoto Muhammad Belo in his book infaqu’l-maysur where he referred to where parrots were many which, up till today, serves as a cognomen for Iwo as ile Odidere (home for parrots). Clarke (1854-1858) mentioned his enjoyment of palatable and well-cooked dishes served to him by staunch Muslims during Ileya in Iwo. Muhammad Lamuye, a staunch Muslim reigned in Iwo 1858 to 1906 succeeded by generations of Muslim natural rulers. Samuel Johnson, writing towards the end of the 19th century in his History of the Yorubas, mentioned how an Alaafin who fell out of favour with his people went on exile to Iwo and he refers to the town as a metropolis in the district. Iwo is not a one-time wonder as the most populous city in the present state of Osun. Indeed, going by the Nigerian population census of 1952 and that of 1963, Iwo was ranked as third behind Ibadan and Ogbomoso in the old Western Region including the present Edo and Delta States.

As a progressive group of people, all progressive rulers of the state always say Iwo is their second home beginning with Chief Obafemi Awolowo to Chief Bola Ige, to Chief Bisi Akande, Ogbeni Rauf Aregbesola and of course, Governor Isiaka Gboyega Oyetola who does not hide his love for the town and the people. One concluding remark is that in the spirit of justice, equity and impartiality, the Federal College of Education sited at Iwo should be left to remain there.

Prof. Abubakre writes from Medway, Kent, United Kingdom and he is immediate past Federal Commissioner, Public Complaints Commission in charge of Osun State.

Between Kassim Afegbua’s scarecrow and Atiku’s scorecard, by Chijioke Okeagu

Osun: Progress in spite of fractured politics, by Abiodun Komolafe