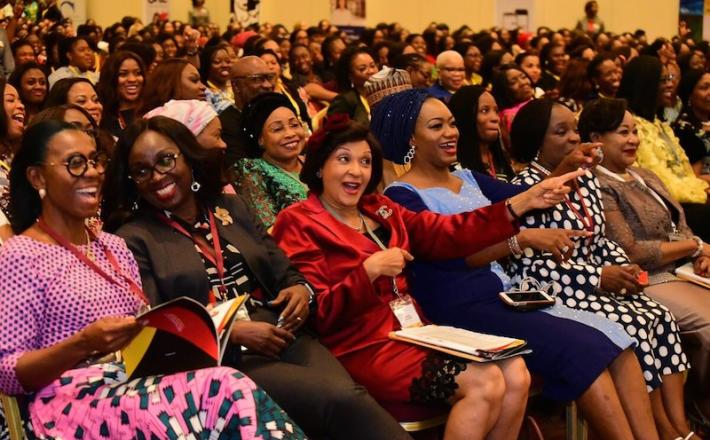 Tony Ojukwu, the Executive Secretary of the National Human Rights Commission (NHRC), has said that women deserve a future free from any form of violence and should be respected and included all spheres of nation building.

Ojukwu made this known in a statement signed by Fatimah Mohammed,  deputy director public  affairs in the commission on the International Women’s Day celebrated every March 8.

The News Agency of Nigeria reports that the IWD is a global day celebrating the social, economic, cultural and political achievements of women.

The day also marks a call to action for accelerating gender parity.

Ojukwu said women are the reason for growth of the human race and they play very crucial role in development.

“As such, they deserve an equal future free from stigma, stereotype. We cannot get to such a wonderful future except we have women on every table where crucial decisions that benefit every person regardless of place and creed are made.

“This year’s theme Choose to Challenge, is apt. We must all be ready to support the fight against inequality in all its ramifications and collectively help to create an inclusive world.

“Let us all choose to challenge inequality and violence against women, equality for women is progress for all, countries with higher level of gender equality have higher economic growth and better protection for rights of women” he said.

He added for instance, women participation in peace and security work and women negotiators will increase the chances of sustainable peace.

Ojukwu said the NHRC as an institution mandated to promote and protect human rights, has in recent times passionately chosen to focus on issues affecting women.

”Sexual and Gender Based Violence (SGBV) is one of the major impediments to the development of any society.

”SGBV was exacerbated by the lock-down occasioned by the COVID-19 pandemic.

“I assure Nigerians that as the country fights the scourge of the pandemic, women must be respected and given the opportunity to show their potentials in nation building, rather than being perpetually oppressed and violated for the slightest reason,” he said.

According to Ojukwu, the commission has done a lot to address the issue of SGBV.

This he said included; setting up of a Special Investigation Panel on Sexual and Gender Based Violence, made up of experts in the field of gender based violence.

“The panel with the support of the EU-UN Spotlight Initiative is currently sitting across the country to receive, hear and investigate complaints of SGBV and make appropriate determinations/recommendations from their findings.

“The Commission with the support of The CANNS( a non- governmental organisation )  has developed a web application called ‘UNSUB’ App, where members of the public could report cases of SGBV for themselves or behalf of others.

“The commission also embarked on 16 days of activism across the federation with several advocacy activities to draw attention to the ills of SGBV, Ojukwu added.

Ojukwu further called for implementation of safe the school declaration programme a priority.

“This would enhance the standard of education which in the long run will be beneficial to the girl child and the society at large.