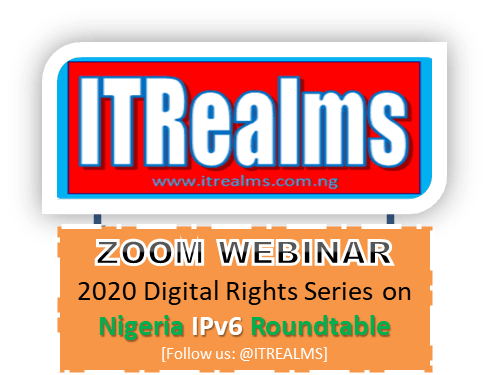 According to the Editor-in-Chief of ITREALMS, Remmy Nweke, the meeting has been slated in commemoration of the World IPv6 Day, 2020 and as part of the media house’s drive for education and enlightenment under its digital rights series.

He recalled that a collaborating organisation, DigitalSENSE Africa, has been leading this effort under the aegis of the Nigeria IPv6 Roundtable in commemoration of the World Internet Protocol Version Six (IPv6) Day, celebrated every June 6 to promote the adoption of IPv6 for the products and services as well as create awareness, especially in Nigeria.

He noted that ITREALMS is collaborating with DigitalSENSE Africa, an Internet Corporation for Assigned Names and Numbers (ICANN) accredited At-Large Structure (ALS), which brought IPv6 awareness to Nigeria since 2011.

Nweke also said this year’s virtual event is to sustain the awareness around the IPv6 evolution despite the COVID-19 pandemic, which trajectory kickoff was occasioned by the depletion of the Internet Protocol version Four (IPv4) over eight years ago.

He equally said that experts have been selected to speak to the theme of this year: “Role of IP in 5G v COVID-19 Debate,” urging interested public to join in the webinar to know more on the theme. 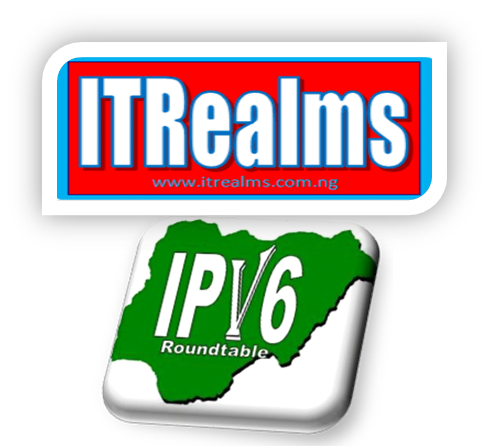