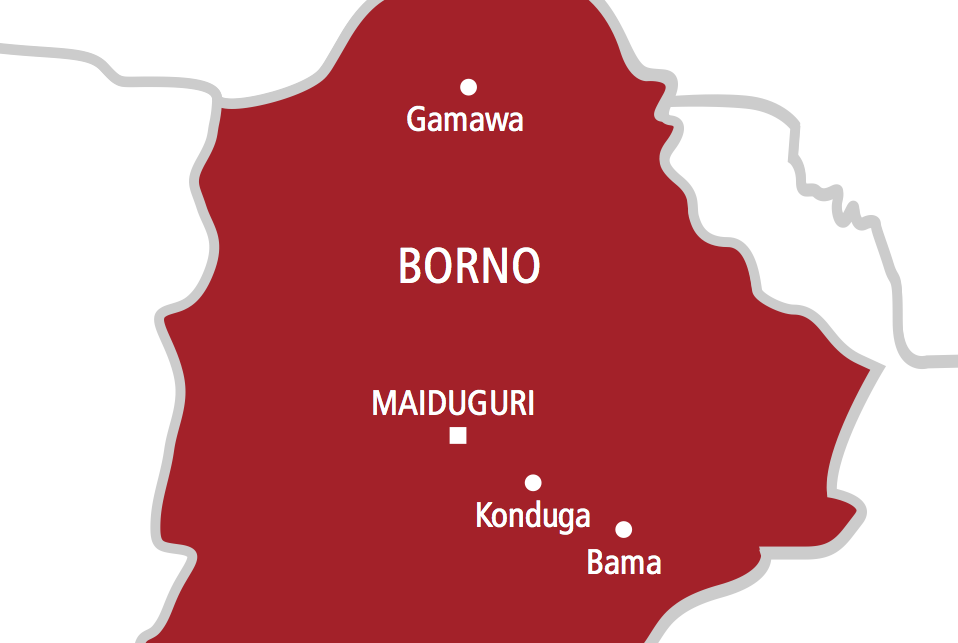 Two soldiers and a mobile policeman have been killed in a fresh attack on a military formation by Islamic State of West African Province terrorists in Molai, on the outskirts of Maiduguri, the Borno State capital.

According to a military source, the terrorists launched the attack in several gun trucks.

However, troops of the Nigerian military alongside the air component of the Operation Hadin Kai repelled the attacks which were launched on Monday evening around 6pm in an attempt to overrun the military formation.

They engaged troops in gun battle for an hour before air and land reinforcement repelled the attackers who were forced to retreat.

“They killed two soldiers in the attack and one mobile policeman but scores of them were killed by troops of the Nigerian military.

“Initially, the terrorists burnt two vehicles and seized a gun truck and an ambulance but we pursued them and on realising they could not escape with the vehicles, they set the remaining two ablaze and escaped into Sambisa.

“The terrorists seemed to have obtained information about troops’ movement into the general area.

“They must have been informed of our movement because some of our people have gone to Damboa for clearance operations,” the source said.