Is there any justification for increasing price of petrol? by Botti Isaac 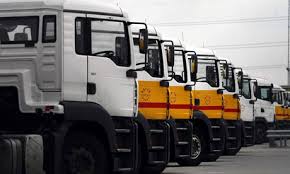 The Federal Government is yet treading another dangerous path that can cause major unrest in the country. Two days ago, the Federal Government announced the complete deregulation of the downstream sector which implies that it allows marketers free hand to import and sell their fuel at any rate they deem fit without regard to the pain and frustration that will result from the mass exploitation that will follow. In other words, the federal government will no longer regulate prices of fuel in Nigeria and the citizens will be at the mercy of oil marketers.
With this insensitive announcement, many people have expressed concerns and worries over what they termed a ‘draconian policy’ due to the fact that from the various analyses done by experts, there is no justifiable reason for such. However, some have tried to justify the increase based on some bourgeoisie analyses and postulations. But what is the truth behind the draconian fuel price increase? A simple analysis will clear our doubt as to the sincerity of the ruling class to bring about the change they profess.
We should recall that in 2011, PMB openly denounced the existence of any subsidy in the oil sector when he said “If anybody says he is subsidizing anything, he is a fraud’’. This administration still went further to affirm this point in 2015 by openly declared it will not make provision for subsidy payment again. True to this, there was no provision for subsidy in the 2016 budgetary allocations. This is to show the extent to which the administration is convinced that the subsidy drama is a scam. Then the question is: How did they come about the Removed Subsidy?
The answer to that lies in the understanding of the contradictions that exist in how the current administration operates using a simple analysis. Recall that in December 2015, the PPPRA after so much review and studies announced that PMS will sell for N86.50/ltr. This was done after a review of the pricing template in which they pointed out that the new template has taken care of all margins accruable to marketers. In other words, the N86.50 is a reasonably profitable price for PMS. Then, how come about N145/ltr? A critical study of this decision reveals that Nigerian government deliberately wants the poor people of the country to pay for the comfort of the Rich and oil cabal even with drops of their blood. The decision to increase PMS pump prices was informed by the decision of the federal government not to allow independent marketers to access dollars from the CBN to import fuel but directed them to source their dollars from the secondary market (Black market). The Federal government of Nigeria is unwilling to continue to use its dollars to import fuel for Nigerians and thus grant unlimited access to oil marketers to flourish in the black market at the expense of the poor masses. Exchange rate at the secondary market is N325/$1, while CBN rate is N197/$1 and since the CBN is unwilling to use its FOREX to import fuel for Nigerians to consume, CBN is simply subsidizing dollars. This implies that oil marketers are at liberty to source dollars at a higher rate from black market to import fuel that will be consumed by poor Nigerians.
The argument is If a dollar exchanges for N325 at the secondary market, oil marketers can only profit from importing by selling at rate that matches the black market exchange rate. Thus, dividing the Black market exchange rate with the CBN exchange rate and multiply it with the official pump price of N86.50 to arrive at a new pump price i.e (N325/N197 =1.65 ) X N86.50 = N142.7k. This is how they arrived at the new fuel pump price not subsidy removal. The simple language is ‘Deregulation of Petroleum Product aided through Dollar subsidy removal’. The import of this simple analysis is that Nigerians are being made to subsidize dollars exchange rate for oil marketers thereby increasing their profit to the detriment of the poor working people. Through this, the CBN officially and publicly announced its support for the oil cabals while being insensitive to the plight of the common people. Beyond this is also the fact that, this policy will promote dollar round tripping between the CBN and The black marketers. This legalized dollars round tripping has the tendency to distort the Nigerian foreign exchange control and create another level of corruption in the oil sector. Nigerians will be made to pay for corruption that is built by the unholy alliance of the CBN, NNPC and Oil Marketers. This is a deliberate attempt to dispossess the poor so that the rich oil cabal can have more to share as profit. The policy will make the poor poorer and the Rich richer. This is the height of government insensitivity and cluelessness. Femi Aborisade in 2011 asserted:
“The process of enrichment of the Rich is the process of dispossessing the Poor”
With this on our mind, there is need for mass mobilization and resistance to stop the callous attempt by the insensitive ruling class to force bitter pills down our throats. It is obvious that the ruling class want to deliberately shift the burden of their unholy union with oil cabals on the poor people of Nigeria. There has never been subsidy and there will never be subsidy, so they should stop removing what never existed just t promote the profit accumulation agenda of the oil capitalists.
Dare to struggle, Dare to Win.
. You can follow Isaac on twitter @ BottiIsaac.

Osinbajo: Your loyalty will be tested, by Kazeem Akintunde

Festus Adedayo, Tinubu and the character question, by Segun Ayobolu

Hushpuppi: Fugitive supercop and his godfather, by Tunde Odesola