IPOB speaks on killing of pregnant woman, her four kids in Anambra 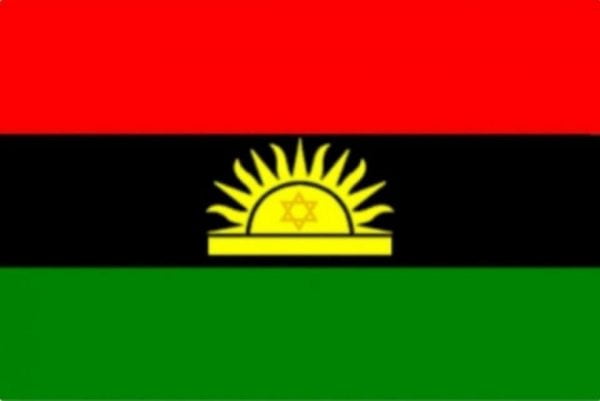 The Indigenous People of Biafra has reacted to the killing of a pregnant woman, Harira Jibril, and her four children in Anambra State.

The position of the group was contained in a statement it issued on Friday following the May 22, 2022 killings.

Recall that there had been an outcry over the killing of Jibril and her children who were returning home in Isulo, Orumba North Local Government Council Area of Anambra State alongside 16 other persons.

IPOB, in the statement signed by its Media and Publicity Secretary, Emma Powerful, said: “In Igboland, it is an abomination to kill a pregnant woman. The perpetrators of the heinous crime are certainly not IPOB and could never have been.

“We have always said it that the terrorists were imported into Biafra land to commit the ongoing atrocities all in an attempt to discredit our struggle, demonise IPOB and proscribe it, then lobby and bribe Britain to tag us a terror group with the hope to stop our match to freedom.

“IPOB has severally said that these criminal elements are not part of us and they should allow Hausa do their legitimate business in our land because Hausa too suffer the same fate we are facing in the hands of Fulani terrorists claiming they are herdsmen in Nigeria.

“The husband said he ran away from his home state, Adamawa because of terrorists pursuing him and his family members. The people pursuing him can come here and kill them to give impression that Igbos and IPOB killed them. We can’t kill pregnant women and children, it is an abomination in our land.

“We wonder how a Fulani newspaper would bluntly be accusing IPOB for what we know nothing about without proper investigation. The newspaper should have done its proper investigation before arriving at the conclusion that it was IPOB that killed the innocent woman but we are not surprised at their accusations because it fits perfectly into their grand plan and agenda.

“They think we are as barbaric as the Fulani who massacred many Biafran pregnant women, ripped open their stomach, brought out the unborn baby and smashed it on the ground. How will the Killing of one pregnant poor Hausa woman bring about the restoration of Biafra? IPOB will gain nothing in shedding innocent blood. Daily Trust newspapers must retract their wicked publication.

“We are aware that the Fulani are unhappy over the good relationship and understanding between Igbo and Hausa, and they want to sow the seed of enmity between us. The Hausa also suffer similar fate to us in the hands of the wicked Fulani. The Fulani are looking for an opportunity to set Igbo against the Hausa so we can never unite to resist them.

“Hausa people both their leaders as well as the talakawas should understand that Biafrans are not after them and will not endanger their lives or businesses in any manner. Our enemies and focus are only Fulani terrorists masquerading as herdsmen manhandling our mothers and sisters in the bushes and forests.

“Fulani should stop creating enmity between the Hausas and Igbos where none exist. Again the problem and confusion they are perpetrating in the country will hunt them down in the near future. Fulani people are given ID cards by the Nigerian military to reside in the military barracks in the Eastern region and use the same as staging ground to commit all manner of heinous crimes. We state categorically that these Fulani terrorists murdered this Hausa woman and her children in Agulu Anambra State.

“We are calling on all diplomatic missions in Abuja, Amnesty International, Human Rights Watch, and all relevant Human Rights Organisations across the globe to ask Nigeria military why they harbour Fulani in their respective military barracks in the Eastern region where these criminals hid when they kidnap our people while Nigerian soldiers will give them backup and cover-up.”