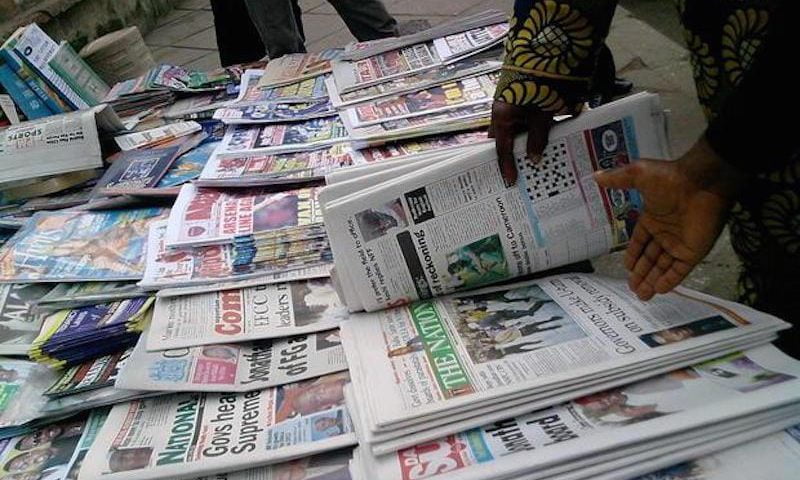 When contacted, the Commissioner of Police in Imo, Abutu Yaro, confirmed the arrest but added that the operatives were not from his command.

One of the arrested vendors, Onyebuchi Iwundu told the News Agency of Nigeria at a police station that the IRT operatives arrested them at Rotibi Street, a popular newspaper circulation street off the Douglas Road in the early hours of Monday.

Iwundu said they were accused of circulating and promoting activities of the Indigenous People of Biafra.

He alleged that they were manhandled before being taken to the police station for detention.

The vendor also alleged that the operatives confiscated their papers and money, adding that they had been warned not to circulate newspapers that promote IPOB’s activities.

He listed others arrested alongside with him as Isinwa Blessing, Nelson,  Micheal and Sakatan.

NAN also reports that the circulation Manager of New Telegraph Newspaper, Chuck Ugwuibe was arrested on Tuesday at Banana junction Orlu and has been in police custody.