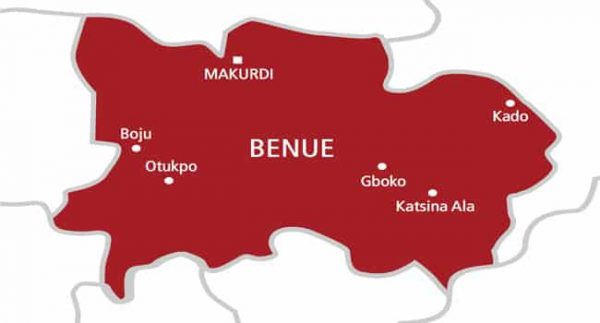 The Director-General, Institute of Peace and Conflict Resolution, Prof. Oshita Oshita, has blamed the Benue, Taraba and other killings on the proliferation of small arms and light weapons in the country.
Oshita stated this on Tuesday in Abuja at a news conference on the violent conflicts in Benue, Taraba and other parts of the country.
The D-G said that there were many push factors that triggered violence in different parts of the country.
He said: “One of the clear push factors is the availability of small arms and light weapons; another one is the fact that the community traditional conflict mediation practices is being undermined.
“The other one is that, in many of these communities the presence of security agencies is at near or completely absence, these are some of the push factors.”
According to him, if we look at how to prevent conflicts, you have to go to the issue of intelligent gathering, because these things have their planning phases and planning involves communications.
Oshita said: “We need to start from the root causes, how it conceptualises, how it is plan and how they get the tools to use to implement the dastard plans.
“These are the chains of push factors, it means that we need to reconfigure quiet a number of things in order to stop these things at their foundation.”
Oshita, while condemning in its entirety the attacks on communities and individuals across Nigeria, appealed for calm, restraint and tolerance by all the parties.
The D-G, who reiterated that violence was a tool for the coward, called on all parties to embrace peace and dialogue, which he said were the pathways to sustainable development.
He said: “I wish to appeal to other Nigerians in and outside the epicene of these conflicts to desist from using politics to frame peace and security issues that arise from the competition for scarce resources by occupational groups.
“We call for calm on the part of all concerned to refrain from provocative utterances capable of inciting reaction from sections of the population.”
He commended the security agencies for their efforts in preventing the escalation of the violence in the affected states.
The D-G said that it was time to make peace and reconcile the parties in the various conflicts in Benue and Taraba States as well as other flashpoints in the country.
Oshita said: “As part of the search for lasting peace by IPCR, strategy meetings are to be arranged with Chairmen of Council of Chiefs across the country, on the one hand, and youth leaders from the 774 Local Government Areas on the other.
“These Peace and Reconciliation meetings will leverage IPCR Early Warning data and build on the traditional infrastructure for peace in the different parts of Nigeria.”