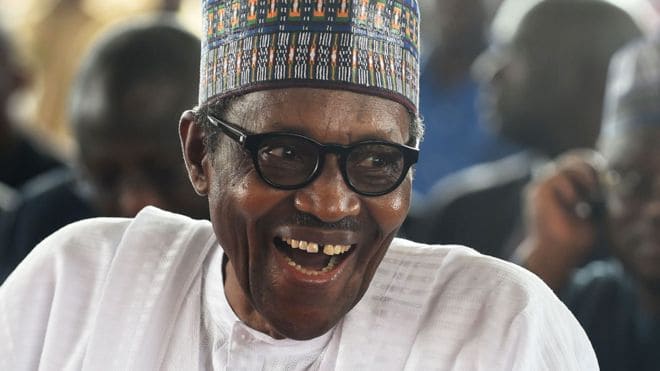 The International Press Centre, Lagos, Nigeria has released a compilation of the campaign promises made by President Muhammadu Buhari in the course of electioneering activities for the 2019 general elections.
Thirty of such promises covering pledges on specific and general issues of Road/Rail infrastructure, Education, Agriculture, Poverty Eradication and Inclusion of Youths/Women in government as well as the fight against Corruption and Insecurity were documented.
The documentation was done by IPC’s Media Monitoring Team, while the promises were derived from quoted statements of the President in The Nation, The Punch, Daily Sun, Daily Trust, Vanguard, This Day, Leadership and Nigerian Tribune newspapers over a four-month period from November 2018 to February 2019.
The specific sources were page 6, The Nation newspaper of Monday November 19, 2018; page 2, The Punch Newspaper of Monday November 19, 2018; page 6, Daily Sun newspaper of Monday, November 19, 2018; front page, Daily Trust newspaper of Monday, November 19,2018; page 5 and 41, Vanguard newspaper of November 19, 2018; page 1 and 10, This Day of November 19, 2018; page 2, Nigerian Tribune of November 19, 2018; page 25, Leadership newspaper of December 5, 2018; front page, Thisday, January 17, 2019; page 12, Daily Sun Newspaper, Thursday, January 31, 2019; page 9, Nigerian Tribune of January 17, 2019; and front page, Vanguard Newspaper, February 9, 2019.
The promises are:
1. To engage one million N-Power graduates and skill up 10 million Nigerians in partnership with the private sector.
2. To expand the school feeding programme from 9.3m to 15 million children, creating 300,000 extra jobs for food vendors and farmers.
3. To complete the Ibadan/Kano phase of the Lagos/Kano rail link.
4. To complete the Port Harcourt/Maiduguri line.
5. To complete the Itakpe/Warri link to Abuja, through Lokoja.
6. To complete the Second Niger Bridge and the East West Road connecting Warri, Delta State, to Oron, Akwa Ibom State, through Kaiama and Port Harcourt in Bayelsa and Rivers State.
7. To establish a people’s Moni bank.
8. To institutionalize the giving of soft loans of up to N1 million to small traders, artisans and commercial drivers.
9. To increase the beneficiaries of trader Moni, market Moni and farmer Moni from 2.3 million to 10 million.
10. To create more room for inclusion in government by achieving 35% in female appointments.
11. To give more access to youths as aides of cabinet members and through opportunities for appointments in board and agencies.
12. To introduce special mentoring programme in governance with young graduates working with ministers and other appointees.
13. To reinterpret the education curriculum through coding, robotics, animations and design thinking.
14. Retraining of all teachers in public primary and secondary schools to deliver digital literacy.
15. Remodeling and equipping of 10,000 schools per year.
16. To complete the 365 road projects under construction in all parts of the federation.
17. Provision of infrastructure and rebuilding the economy.
18. To sustaining the anti-insurgency war and curb insecurity.
19. To fight corruption and revamp the economy.
20. To develop six industrial Parks in each of the geopolitical zones.
21. To establish 109 Special Production and Processing Centres (SPPCs) across each senatorial district of Nigeria.
22. To develop the Special Economic zone to quickly concretize our made in Nigeria for export (MINE) plan.
23. To expand the social investment program so as to eradicate poverty.
24. To ensure completion of Manbilla Dam and Bridge.
25. To ensure the construction of the Makurdi Taraba Borno rail project.
26. To complete the bridges across the stretch of River Benue in Ibi local government area.
27. To continue to pursue agricultural policy by ensuring that fertilisers are made available at all the local government areas across the country, for easy access by farmers.
28. To resuscitate the Ajaokuta Steel Company.
29. To ensure the completion of the on-going Zungeru Hydro Power project.
30. To include persons of integrity in the cabinet.
The Director of IPC, Lanre Arogundade, said the exercise was in line with the tradition of IPC, which in 2011 documented 91 campaign promises of President Goodluck Jonathan of the Peoples Democratic Party.
According to Arogundade, it was also embarked upon pursuant to the implementation of Component 4b: Support to Media of the European Union Support to Democratic Governance in Nigeria (EU-SDGN) Project by IPC over a 52-month period.
Explaining the methodology further, the IPC Director said the campaign promises of all the presidential candidates that contested the 2019 elections were documented, but only that of President Muhammadu Buhari was being released being the declared winner of the elections.
He however said both President Buhari’s campaign promises and those of the other candidates would later be uploaded on the IPC websites.
Explaining the rationale for the documentation of the campaign promises, Arogundade said the activity was in consonance and conformity with IPC’s mandate to advance democratic accountability.
“The essence is to ensure that it serves as a tool for journalists to monitor, track and ask questions about the diverse aspects of the implementation including using the Freedom of Information Act to such relevant questions,” Arogundade stressed.
“Having trained journalists across Nigeria on issue-focused reporting of elections, we believe they need information like this to follow-up after the elections,” he added.
According to him, the documented campaign promises will also be useful for civil society groups working on development and democratic governance issues as well as various electoral stakeholders.
He said: “The documentation of the president’s electoral promises from the media reports, which is by no means exhaustive, is to serve as a major instrument to proactively engage the Buhari administration on its performance over the next four years and provide bench marks in seeking democratic accountability, service delivery and the fulfilment of key campaign promises made by the president.”