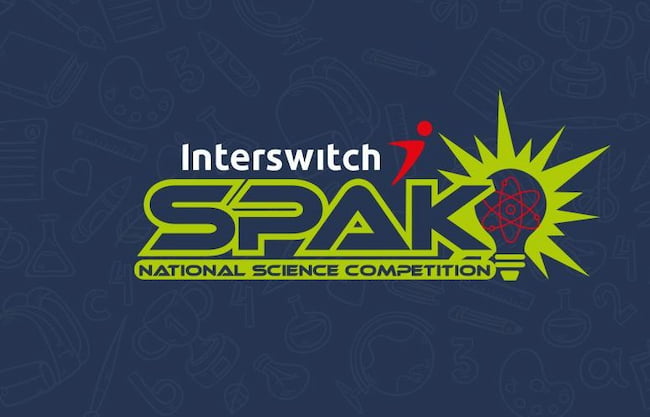 Interswitch Group, the organizers of InterswitchSPAK National Science competition, has announced the release of the results of the National Qualifying Examination for the InterswitchSPAK Nigeria 3.0, which held nationwide on May 28 and 29, 2021.

The InterswitchSPAK National Science competition is an annual pan-African contest aimed at re-igniting and incentivizing the study of STEM (Science, Technology, Engineering and Mathematics) subjects among secondary school students.

A total of 18,274 students registered for the national qualifying examination, but 10,502 students wrote the examination.

The South West had the most turnout of candidates with 50 per cent.

Fifteen-year-old Alao Oluwateniola from Divine Step College, Lagos State had the highest score of 93 per cent.

The second highest score was 92 per cent by 15-year-old Okoro Halimah from Taidob College, Ogun State.

Students who wrote the qualifying examination are advised to visit the InterswitchSPAK portal: www.interswitchspak.com, to check their results.

The Group Chief Marketing and Communication Officer at Interswitch, Cherry Eromosele, has expressed her excitement about this year’s edition.

Eromosele said: “It is impressive to see the level of participation at this year’s edition of InterswitchSPAK.

“Despite the pandemic which led to the deferment of the competition last year, I am particularly excited to see that students and schools have adapted to the new normal of virtual learning and online classes.

“This year’s qualifying examinations was written online, yet, we recorded a high rate of participation from both private and public schools.

“This just goes to show that truly, the only thing constant in life is change.”

The top 81 finalists will emerge to compete at the InterswitchSPAK TV quiz competition.

The prize at stake are scholarship funds worth N12.5 million to the top three winners.

The overall winner will be awarded a five-year scholarship in any tertiary institution, a laptop, a plaque and monthly stipends throughout the duration of the scholarship, all totaling N7.5 million.

This is the third edition of the InterswitchSPAK Nigeria competition.

The competition, tagged: “InterswitchSPAK SWITCH-A-FUTURE,” is a CSR initiative of the company.

The second edition was concluded in February 2020.