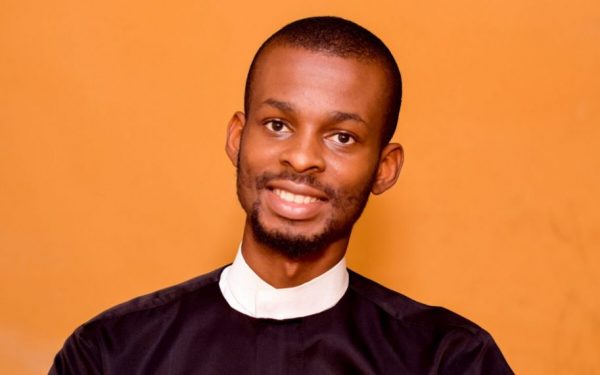 Anambra’s Governor Willie Obiano has a lot of virtues. But forthrightness, it appears, is not one of them. His government’s handling of the #EndSARS protests lends credence to this. When the wave of protests began to erupt in several cities across Nigeria, it would not take much time before it hit Awka, the political capital of Anambra State. For at least three days and two nights, protesters gathered peacefully at the gate of Government House, Awka beckoning on the governor to hear them out and address them, at least.

Anambra had reasons to protest. The state was, at some point, arguably the headquarters of police brutality, criminality and extortion in Nigeria. Hardly will you run into any Anambra resident who has not been victimised or at least know someone who has been victimized by errant police operatives.

At the peak of their criminality, the now disbanded Awkuzu Special anti-Robbery Squad became synonymous with anguish and untold pain. Such was the place dreaded that police operatives boldly inscribed “WELCOME TO HELL” on one of the entrances to the facility donated to them by their host community. If the “hell” in Awkuzu was dreaded, the dungeon in Neni was even more so. Although it grabbed relatively less media attention, allegations coming from Neni are more egregious.

Anambra protesters also had reasons to seek the state governor’s attention. In his immediate employ, at the time, was CSP James Nwafor (retd), who the government retained as a political appointee despite numerous allegations of his involvement in extrajudicial killings when he held sway at the notorious Awkuzu SARS. But several eggheads in Obiano’s government felt otherwise. They responded through a deluge of well-coordinated online and offline messaging targeted at discrediting the protesters, which this author was one of.

Official government media handlers, joined by several dozen political appointees, argued that the protesters “should take their protests elsewhere and leave our governor alone.” Their stated reason is that the governor had no operational control of the police, which sounds legitimate by the way. More banal ones accused the protesters of being “sadists and hired opposition elements” attempting to remove the governor through surrogacy. These hirelings drew a line on the sand. A vast number of Anambra citizens and residents, even those who couldn’t risk the discomforts of physical protests, were on one side while paid government appointees and hangers-on were on the other. In all these, nobody heard from the governor. His silence was loud enough and the official message of his government was in no way ambiguous.

When it became obvious that the protesters were not in a haste to back down, and their persistent demands, especially for the immediate sack and handing over of Nwafor for prosecution began to draw national and international attention, the government craftily changed messaging. In an obvious move to counter the “embarrassment” and negative publicity the unfolding scenario gave them, Obiano’s government, in a well-managed photo-op, made a complete turnaround and embraced #EndSARS protests “in its totality.” The governor suddenly realized the need and brought himself to address the protesters. Paid government vuvuzelas followed suit and adapted their messaging accordingly. They had an overnight change of heart and weren’t shy to announce it. Some even attended a few of the continued protests and took enough selfies to boot.

While addressing the protesters, Obiano announced the termination Nwafor’s appointment. He tactfully demurred on handing him over for prosecution. Nwafor, who, until the protests, worked for the government, would later inexplicably disappear into thin air. Obiano also announced the setting up of Anambra Judicial Panel of Enquiry of Police Brutality, Extra-Judicial Killings and other Related Matters.

But the highly publicised protest Obiano addressed was not enough. He was so passionate about injustice, he would later take the trouble to physically embark upon “inspection” tours of erstwhile SARS enclaves. All the while, adequate provisions were made to ensure those “inspections” received extensive media coverage. The governor then followed up by announcing the sum of N200 million as compensation to victims of police brutality. To prove their seriousness, the Obiano-led government said it included the sum in the draft 2021 budget it sent to the Anambra State House of Assembly for consideration. Thankfully, that draft bill has now been passed into law.

From a public relations point of view, Governor Obiano’s actions, speeches and the tactful embracement of the #EndSARS movement was a masterpiece. It publicly cast him in the mould of a governor who listens. The negative publicity was rolled back, though not entirely, and his government accrued some form of public goodwill over their handling of the #EndSARS matter.

A cursory look at how the government has been following through since the cameras were turned off casts a huge shadow of doubt on the sincerity of Governor Obiano’s #EndSARS passions. First, outside a few men and women of honour, the government populated the panel with known government apologists, including those who have little or no understanding of the assignment, and hence cannot add any value.

But this is hardly the only sign of Anambra government’s hollow commitment. In one of the panel hearings, Abdul Mahmood. lampooned the Anambra panel. He told the panel he has been traveling around the country representing victims on a pro bono basis at the various judicial panels of enquiry instituted across the country. He said it was shocking to him that Anambra panel doesn’t have the courtesy to serve even a bottle of water to counsels arguing cases before them.

Interestingly, while Abdul was complaining about table water, the panelists he was complaining to had greater things to complain about. For instance, the panel’s secretariat struggled to make enough photocopies of petitions and other documents needed for panel deliberations as the government refused to release adequate logistical support to the panel. As unbelievable as it sounds, things like enough photocopies of documents became a luxury Anambra panel couldn’t afford. Panelists also murmured about their unpaid emoluments. If there were doubts as to the authenticity of these chatter from within the panel, they were erased by the chairman of the Chairman of the panel, Hon. Justice Vero Ngozi Umeh (retd). During the panel’s sitting on November 17, 2020, she announced that the panel will discontinue hearings “until certain logistical issues” were sorted out.

It will take the panel’s indefinite adjournment of panel hearings (strike, if you may) to get the government to pay them half of their first month’s allowances. “If this government finds it this difficult to pay our sitting allowances,” one panelist remarks in confidence to this author, “how then are we sure that they are going to pay the compensations we will award victims who satisfactorily prove their cases to us?”

This thinking resonates with what some victims said when they were encouraged to send in their petitions. Some declined, citing little or no confidence in the outcome of the panel hearings as their principal reason. Others feared for their lives because some of the police operatives they have accusations against are still actively deployed in Anambra state and retain the capacity to do more harm.

Other panels of enquiry sitting across the different states of the federation have since resumed from Christmas/new year break. Despite having the highest number of cases recorded in the whole of Nigeria, before them Anambra panel is not sitting and may never sit again. Their terms of reference states that the panel was allowed only twelve sittings. They have exhausted that twelve, yet have only scratched the surface of the litany of petitions before them. The chairman of the panel said it is not natural to expect them to hear and adjudicate on all 310 petitions submitted to them in that amount of time. The panel then applied for an extension of time to enable it hear the remaining cases, but the state government is not interested in responding to their repeated applications.

By effectively withdrawing legal imprimatur and logistical backing from the state panel of enquiry, Governor Obiano safely gambled on the short attention span and the collective indifference of ndị Anambra. It appears he is getting away with this. Those who should ask questions have seemingly moved on. The governor appears to have only taken a cue from them.

Whatever the motivation for this lull is, only two preliminary conclusions can be drawn. Either Obiano and his team have found new passions or their #EndSARS passions were never really for the purposes of helping ndi Anambra heal and find justice. Obiano still has options – to immediately cause the release of every legal and logistical resource this panel needs to conclude its findings, and then pay compensations to families of victims the panel may find their claims credible. It will be a monumental tragedy if it eventually turns out that Governor Obiano played a fast one and danced on the shallow graves of victims crying out for justice. We watch.

. Christian is a good governance advocate and a public policy analyst. He writes from Awka, Anambra State.