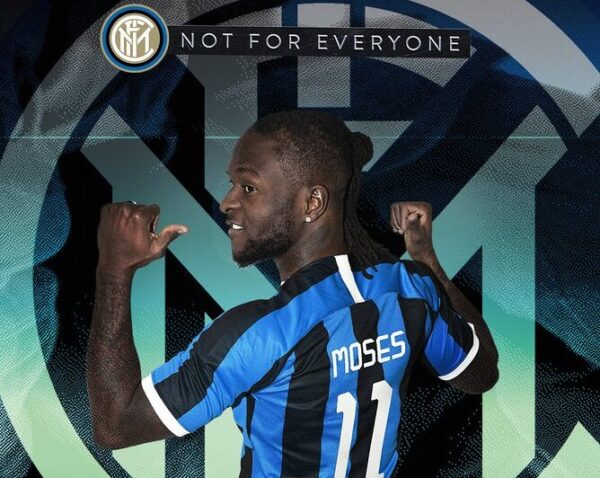 Victor Moses has been handed jersey number 11 after sealing a loan move to Serie A giants, Inter Milan, on Thursday.
Moses, 29, who won the last of his 38 Nigeria caps at the World Cup in 2018, has joined Antonio Conte’s men on a loan with a 10 million euro buy-out clause, persons familiar with the deal told ANSA.
Moses won the League in 2017 and FA Cup in 2018 with Conte at Chelsea.
Moses, who has scored 20 goals for his country, previously played for Crystal Palace, Wigan, Stoke City, Liverpool and West Ham.
He is Conte’s second signing in the January window after England wingback Ashley Young from Manchester United.