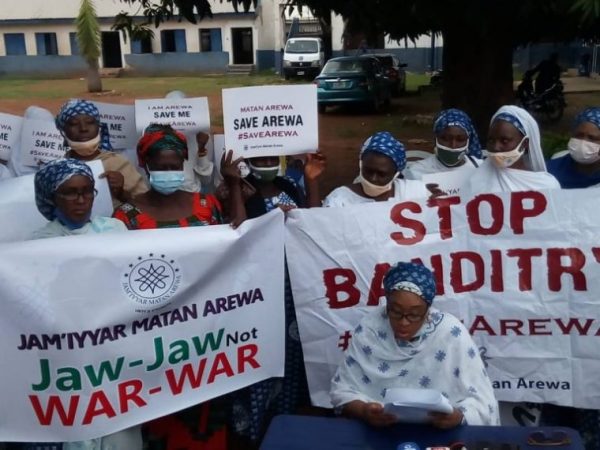 A women group, Jam’iyyar Matan Arewa, has called on the Federal Government to convene a National Conference to address the security challenges in the country.

The President of the group, Hajiya Rabi Saulawa, made the appeal at a press conference in Kaduna on Wednesday over general insecurity in the country.

“Our beloved country Nigeria is today sadly at the precipice; the Northern part of Nigeria has become the epicentre of perennial crisis of epic proportions from all fronts,” she said.

She decried the daily killings and kidnapping of innocent and helpless Nigerians.

Saulawa noted that the North has been under relentless onslaught by Boko Haram insurgents for 12 years and, of recent, incessant attacks by bandits and other criminal elements.

According to her, the unending crisis has had negative impact on the socio-economic development of the region and the country at large.

Saulawa, therefore, called on President Muhammadu Buhari and the National Assembly to convene a national conference as a follow up to the one held in 2014.

She also said in the alternative, the National Assembly should dispassionately handle all issues affecting peace and unity of the country or a referendum be held to determine the fate of the country.

The president of the Northern women group, however, commended the Federal Government for its untiring efforts to tackle the security challenges.

“We are convinced that the concerns being raised by certain sections of the country can be addressed in a civilized and peaceful manner than resorting to violence and killings,” she added.

Saulawa stressed that Nigerians must learn to understand their differences so as to live peacefully with one another.