Insecurity: Will elections hold in 2023?, by Yushau A. Shuaib 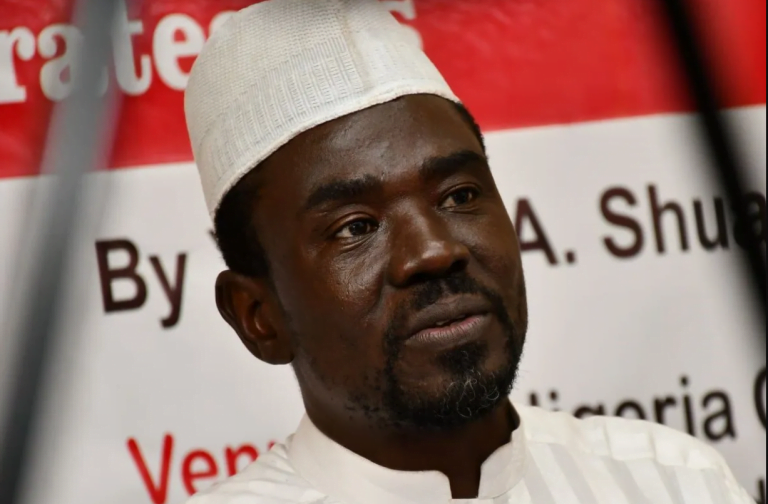 “The security situation in the country may affect voter mobilisation, deployment of personnel and materials to different parts of the country.” – INEC

Mr Festus Okoye, a National Commissioner of the Independent National Electoral Commission (INEC) in charge of Information and Voter Education, made the above remark in a paper he presented at a brainstorming session between the Department of State Services and the civil society/non-governmental organisations held at the DSS Headquarters in Abuja on April 6, 2022.

Participants at the meeting were drawn from various CSOs/NGOs, the diplomatic corps, INEC, the media, and other relevant security agencies. The programme was aimed at building a synergy between security agencies and CSOs/NGOs to enhance communication for national peace and security.

I was among the few media executives invited to the session, which focused more on national security and the forthcoming general elections in Nigeria. The engagements at the meeting reminded me of a similar brainstorming session hosted by the then National Security Adviser, Colonel Sambo Dasuki on February 11, 2015, a month after Boko Haram fighters had overrun the former headquarters of the Multinational Joint Taskforce (MNJTF) in Baga, Borno State and massacred innocent citizens.

The Dasuki media parley had happened two days after the erstwhile Chairman of INEC, Professor Attahiru Jega announced the postponement of general elections for one month over insecurity in the North-East.

The president of the Nigerian Guild of Editors at the time, Mr Femi Adesina led journalists to the security parley with the media, which was very blunt, sincere and constructive.

While providing insights into the next anticipated phase of the war on terror, which was to be very decisive, Dasuki yet reassured the attending editors that despite the temporary setback the 2015 elections would still be conducted throughout the federation. He said that the then incumbent administration of President Goodluck Jonathan had provided enough funds for the active participation of Nigeria’s neighboring countries in the MNJTF seeking to contain terrorists around the Lake Chad basin and the Sahel, while it had also created facilities for recruited Military Technical Advisers (which others would rather describe as mercenaries) from South Africa and the Eastern bloc.

Insisting that the parley was strictly confidential, in order to carry the media along the counterinsurgency efforts being made by the Jonathan administration, Dasuki explained the new security measures being taken to enhance military deployments, coupled with the coordination of operational and logistic provisions for the speedy defeat of terror in Nigeria and the region.

Within a short period and with the movement of the MNJTF to Chad, troops recovered and cleared the border towns, while the technical advisers truly ‘advised’ and ‘assisted’ the Nigerian troops – day and night; from the air and on the ground – in repossessing more than a dozen towns, which guaranteed the respite that enable the smooth conduct of elections in 2015.

As we approach the forthcoming elections in 2023, with politicians spending fortunes to buy nomination forms rather than using these huge funds to invest in the people and communities, while all sorts of strange fellows are staking claims for the presidency, I wonder – even as I remain optimistic – if the security situation in the country would guarantee for free and smooth elections. Would the country be safe and secure enough for these as we gradually move towards the appointed period?

Currently, not only are some communities not easily accessible in the North-East because of the activities of terrorists, in North-West and North-Central of Nigeria, armed bandits are calling the shots. Coupled with the attacks on security personnel and facilities by unknown gunmen, especially militants of Eastern Security Network (ESN)/Indigenous People of Biafra (IPOB) and other violent secessionist agitators in the highly volatile Southern parts of the country.

In the South-East, for instance, which has become a sprawling location for the recurrent retailing of violence by non-state actors, INEC officials carrying about their duties were recently shot dead as warning to government that no elections would be allowed in some of the regions.

Some other communities have been turned into the dens of terrorists and camps for captives. Even President Muhammadu Buhari just confirmed that dozens of the Kaduna train passengers kidnapped in March, who are now captives in communities where they are being held, are being used as human shields by their abductors.

He said: “The kidnappers are using civilians as human shields, thereby making it difficult to confront them directly. They don’t care about killing their hostages if they come under attack.”

Last week, a PRNigeria report indicated that at least 42 villages in Kebbi State are currently occupied by bandits, following persistent attacks on, abductions and the killing of dwellers of these places. That investigative report of PRNigeria was produced with support from the Wole Soyinka Centre for Investigative Journalism (WSCIJ), under the Collaborative Media Engagement for Development Inclusivity and Accountability project (CMEDIA) funded by MacArthur Foundation.

Most of the displaced victims of the Kebbi banditry are now living in camps in Chonoko town where humanitarian agencies are yet to provide them with relief materials and medications, while the INEC is still unable to confirm if many of these victims of violent attacks would be able vote since their communities have now become havens for bandits and terrorists.

While he was reluctant to raise alarm over the coming elections in Nigeria due to all manners of concerns, especially along the lines of insecurity, Commissioner Festus Okoye nevertheless disclosed that INEC would work with the security agencies to safeguard electoral processes and elections, as we move towards 2023.

He even emphasised that Nigerians who have become internally displaced and are in IDP Camps would be registered, as the Commission is determined to create the conditions that will enable all eligible Nigerians to vote.

“It is important for security agencies to do all in their power to degrade the current security challenges in several states of the federation,” he added.

Despite the official assurance, even as it sounds fairly tentative, and with the unfolding situations in many places across the country, it remains to be seen how elections will manage to take place in the different communities that have been impacted by or are presently zones of hibernation of unknow gunmen, bandits and terrorists.

One can only hope that the present administration is putting together a formidable strategy to ensure that our present democracy will not only be able to continue but will equally be deepened, despite all these manifest challenges.