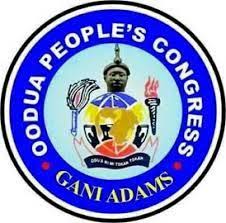 Oko-Ilu had been terrorizing Ede and its environs for the past one year.

He was consequently declared wanted by the Osun State Police Command in March over various offences of murder, arson, ritual killing and armed robbery.

Rashidi Oko-Ilu was arrested at the weekend by men of the anti cultism unit of the state police command in collaboration with the efforts of the Osun state OPC at one of his popular hideouts in Osogbo, the state capital, at about 4 :am prompt.

And he is presently cooling off his heels in police custody.

Reacting to the recent arrest of the notorious kingpin, Aladesawe urged the Osun state police authorities not to release the notorious cultist and also ensure that justice prevails in the case.

The OPC chieftain said the group decided to join the police in hunting for the dreaded criminal when it was obvious that the kingpin had turned the town to a war zone.

Aladesawe also insisted that the notorious cultist should face the law.

“The recent arrest of the notorious cultist, Rashidi Oko-Ilu is a good development to all law-abiding citizens of the state. Everybody is happy that peace would soon return to Ede after the arrest.

“Rasidi Oko’lu’ was allegedly linked to the death of one Hassan Adedeji, a Higher National Diploma graduate of Banking and Finance of Federal Polytechnic, Ede, awaiting his call-up letter, as well as, an Okada rider, whose identity was not made known. He had allegedly killed over 25 people and razed about 11 houses in the last one year.

“We did our best as a group to ensure that Rasidi Oko-Ilu was arrested. We are happy that our efforts at apprehending the notorious cultist were fruitful.

“Now that he has been arrested, I think justice must prevail because considering the level of the criminal activities perpetrated by Rashidi Oko-Ilu and his allies in Ede, it is reasonable to ask for justice for the people of the town.

“He should face the wrath of the law. I believe that would serve as a deterrent to others who take pride in causing trouble in the town.

The people of Ede town are happy and they are monitoring unfolding events, especially the detention and trial of the kingpin. We urge the police to also continue the investigation so as to arrest all members of his gang. He should be made to answer for many of his crimes to the people of the state,” Aladesawe said.