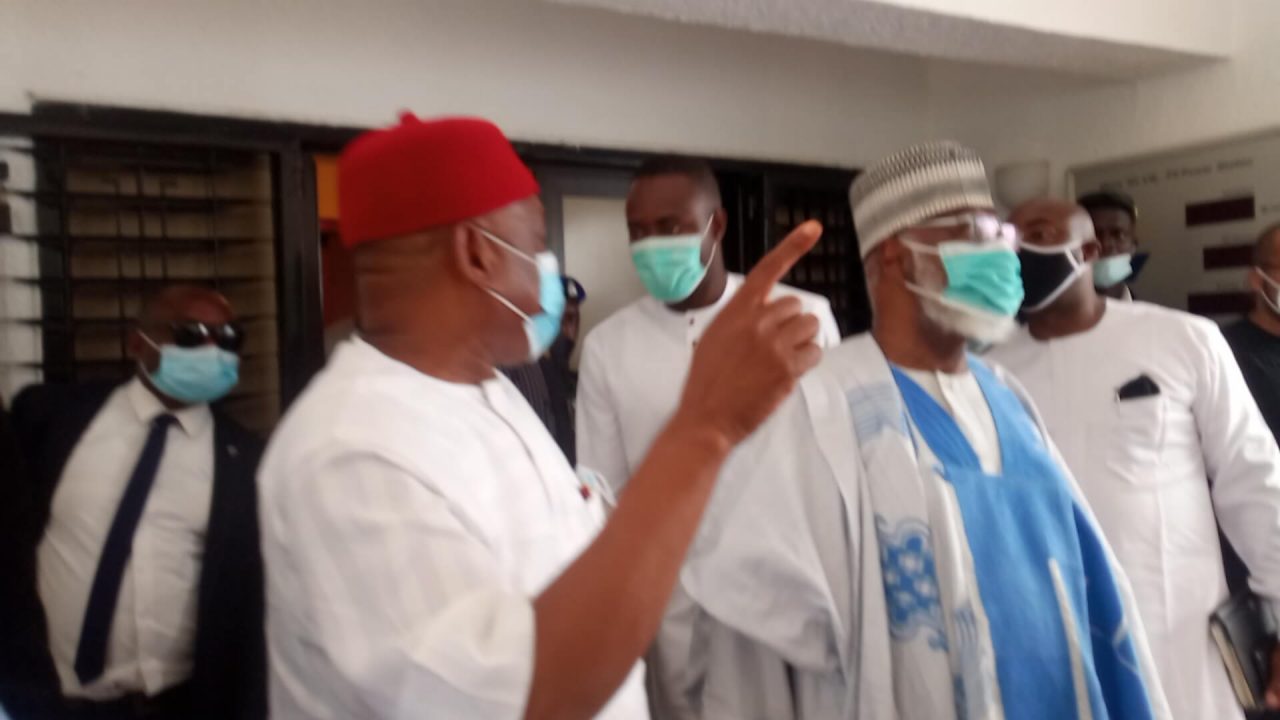 Former Governor of Abia State, Senator Orji Uzor Kalu, has disclosed that the main reason why the government has not been able to defeat insecurity is because of sabotage.

Kalu who paid a private visit to former Military President, General Ibrahim Badamosi Babangida, and former Head of State, General Abdulsalam Abubakar, at their Uphill residences in Minna, also said the 2023 presidency position is an open basket for anyone that intends to vie for it.

While responding to questions, Kalu said: “It is sabotage that has made insecurity to defy every solution the government has been using.

“Security is a big challenge to everybody and the Senate is going to address this issue.

“Insecurity has defied any solution.

“I see a lot of sabotage in this issue of insecurity and I can assure you that the Senate will address the issue of sabotage.”

Kalu further noted that President Muhammadu Buhari is very angry about the recurring issue of insecurity, stating that he is sure that new strategies are being put together to combat it.

He said: “The President must be very angry about what is going on, what is happening.

“He is a known Army General, top-class General and Commander-in-Chief.

“He is not happy at all and I am sure he is working to address it.”

Speaking about zoning of the presidency in 2023, the Senate Chief Whip said: “Zoning is a party issue, but there is no zoning in the All Progressives Congress, which makes the presidency an open basket for anyone to fight for in 2023.

“Zoning is a party issue.

“Every party has the right to say where they want a position to come from, but in APC, there is no issue of zoning.

“Anybody can contest for the presidency.

“It has not been zoned to any region and zoning is not in the constitution of APC and as long as it is not a constitutional matter of APC, the presidency is an open basket where everybody can fight for.”

Kalu said he was in Minna to congratulate General Babangida for his 79th birthday and greet General Abubakar on his successful medical treatment abroad.