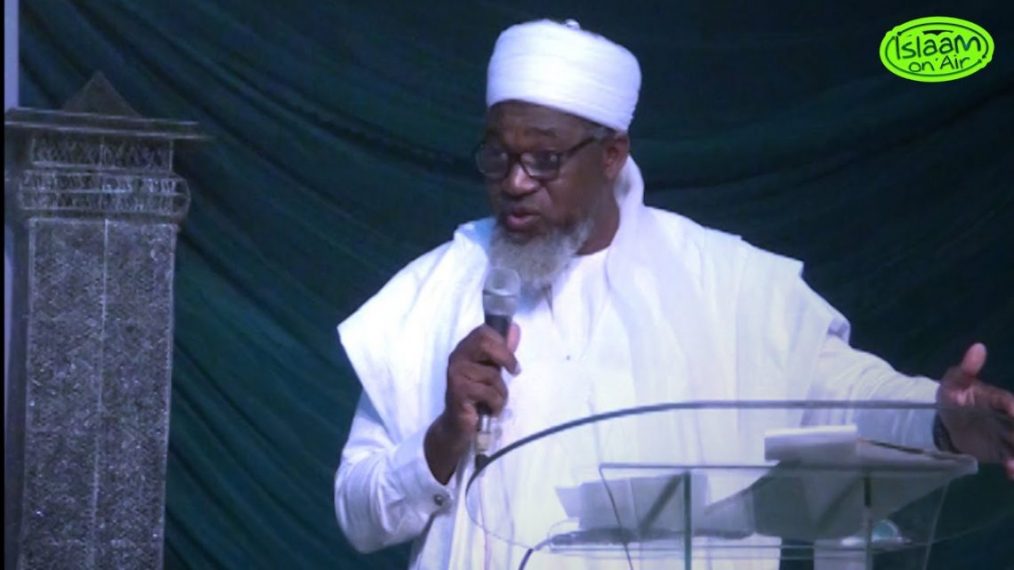 Governor Babajide Sanwo-Olu hosted Muslim clerics across Lagos and beyond, on Sunday, in a special Ramadan programme, but the event turned to a forum to dissect the nation’s contemporary challenges and a ground to supplicate for peace.

Grand Chief Imam of Lagos, Sheikh Oluwatoyin Abou-Nolla, led the clerics to the event held at the State House, Marina.

Chief Missioner of Ansar-Ud-Deen Society of Nigeria, Sheikh Abdul-Rahman Ahmad, in his lecture, said the nation was in a trying period, stressing that the magnitude of the challenges required sincere actions by leaders and citizens to salvage the country from crisis.

The cleric said the citizens were always quick to heap the blame on leadership, but said the fault was on all citizens.

To redeem the country from its tribulations, Ahmad said all Nigerians must embrace change of bad attitudes and thought process.

He said: “This is a time that we require nothing else other than divine intervention. But Allah will not intervene unless we carry out a few actions. We must change our thought process, the way we act, the way we interact and the way we do things.

“This is a time that not only talk is required, but sincere actions that are backed by deep thought about what we are experiencing today and the peace we crave. We often blame the leaders, but we get the kind of leaders we deserve. Our leaders are who we are. To save the country, it is a joint task.”

The cleric acknowledged efforts by Lagos State Government to strengthen security and consolidate infrastructure. This, he said, must be supported by residents of the state. He urged residents to obey laws of the state and cautioned commercial motorcycles against continuous breach of the state’s traffic laws.

Ahmad admonished those clamouring for secession to have a rethink, noting that the consequences of violent change were greater than what may be envisaged. Young people, he said, must desist from their escapist tactics.

In his own lecture, popular Islamic preacher, Sheikh Muyideen Bello, who took part of his admonition from a biblical verse, called on all Nigerians to interact with one another with love and respect.

He said the nation would only survive its current tribulations if political leaders and citizens collectively seek repentance for their misdeeds, injustice and failed promises.

Bello said Nigerians must take the opportunity of the holy month to wean themselves off bad attitudes that led the country into the mess.

After the lectures, the Muslims clerics prayed for the return of peace to Lagos and other parts of Nigeria experiencing insecurity.

Tinubu expressed optimism that the nation would survive its problems. He flayed the spate of kidnapping, saying the criminals were using the crime to embarrass Islam, a religion, he said, abhours killing and abduction of people against their will.

The APC National Leader praised Sanwo-Olu and the Deputy Governor, Dr. Obafemi Hamzat, for their leadership capacity to stabilise Lagos.

Tinubu said the feedback he got from Lagosians about the State Government under Sanwo-Olu was encouraging, saying: “It is Allah who chose both the Governor and his deputy for the people; God only used me to help them into the office.”

Sanwo-Olu thanked the clerics for their message of unity and for preaching peace. The Governor, who described leaders of faith organisations as the conscience of the society, urged them to continue to restrain members of their congregation from acts that may breach the peace in the State.

The Governor used the opportunity to explain some of the far-reaching actions to be taken by the State Government in the coming days to strengthen security and bring succour to commuters.

He said his government, in the coming days, would be rolling out mini buses as alternative means of transportation to confront the nuisance of Okada riders in the state. He also intimated the Muslim leaders of government’s plan to procure and supply security equipment to the police and other paramilitary bodies to strengthen security in the state.