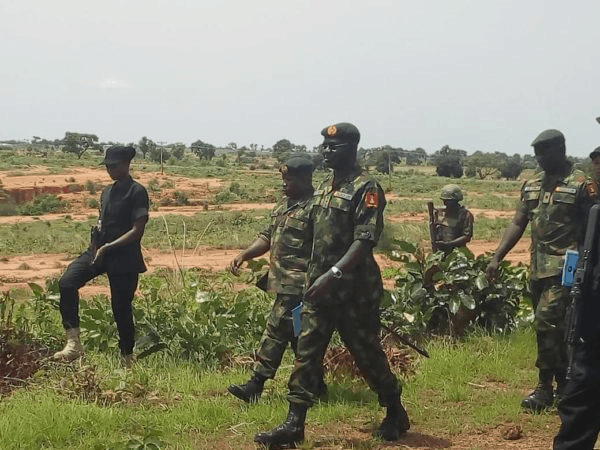 The Chief of Army Staff, Lt.-Gen. Tukur Buratai, said that insecurity has been tamed across the country by the Nigerian army.
Buratai stated this during a visit to the troops stationed at 1 Division Super Camp in Kuyello, Birnin Gwari Local Government Area of Kaduna State on Monday.
He said that the efforts of the military in the northeast and northwest as well as other parts of the country had reduced insecurity in the country.
Buratai restated that both the banditry in the northwest and Boko Haram insurgency in the northeast have been tactically defeated.
He warned that those playing politics with the security situations in the country should desist, adding that the army would not hesitate to take action against them.
According to him, there has been no major attacks in the last two to three weeks because of the new strategy.
He said: “Apart from some isolated remote areas as a result of some other factors, the attacks have drastically reduced.
“That means we are winning and it is a great success which people should be assured.
“All these cries of insecurity which some groups and individuals are taking it as a political game I think they should have a rethink because it is no longer the case.
“Insecurity has been tamed right now in the northeast and in the northwest and even in other areas we are doing so well.
“Our troops are deployed in support of the government, civil police and indeed the civil authorities.”
The army chief commended the troops for the success recorded so far and urged them to remain focused.