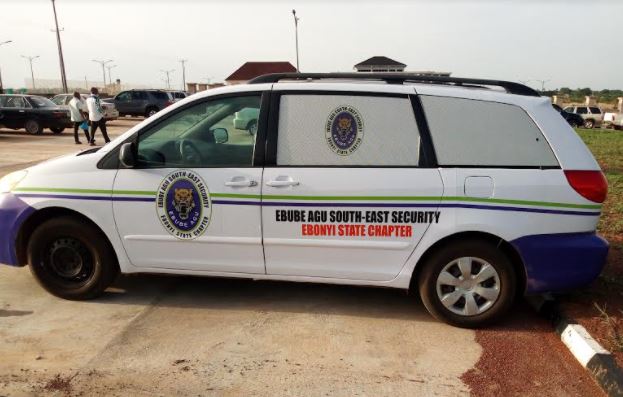 Ebonyi State government has launched its chapter of the Ebube Agu Security outfit of the South-East Governors’ Forum.

The unveiling was part of events at Wednesday’s state Security Council meeting presided by Governor David Umahi in his office at the new Government House, Centenary City, Abakaliki. 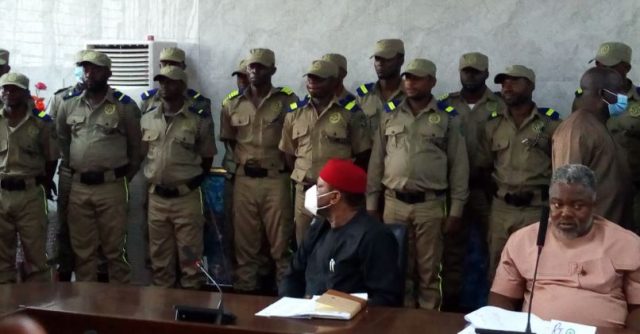 Briefing journalists at the end of the meeting, Governor Umahi announced a dusk to dawn restriction on the state borders from 8pm to 6am as a means of checking the rising insecurity in the country.

He also announced the Council’s decision to restrict all social activities: burials, wake-keeps, night clubs, marriages and other such events across the state to 6pm.

He explained that any defaulter of the restrictions on social activities would be liable to a fine of a minimum of N1m. He added that the existing COVID-19 restrictive laws of the state may also be invoked to try such defaulters.

The governor who condemned the  spate of fake news heightening security tensions in the state warned that security agencies had been detailed to fish out and prosecute all harbingers and vectors of such unverified stories, adding that the insecurity situation in the state was not as bad as painted in the social media.

The governor further observed that most of the attacks on security agencies and other persons and institutions were done by bandits under the cloak of Indigenous People of Biafra, IPOB, and appealed to such bandits to stop the attacks.

He warned that failure to do so within seven days may force him to place total ban on operation of okada in the state.

Umahi said: “We are hearing that there were killings over the weekend, where two army people were killed.

“These killers are pure bandits.

“They do these killings and put it in social media that they are members of IPOB or ESN.

“Without standing for either IPOB or ESN, they have continued to deny that they are not into violence.

“For me, criminality is criminality, and I have directed security agencies to clamp down on all criminal activities in the state.

“And for those who did the killing, security agencies must bring them to book.

“We have directed that all wake-keep in the state must end by 6pm, and the local government chairmen, the Ebube Agu and security agencies must enforce it.

“If you are the organiser of the wake-keep, in fact, all social activities, it must end by 6pm.

“If you defy this order and do otherwise, then, you will pay a minimum of N1m.

“We directed that the Okada Association should form their own vigilante to check their activities, because 90 per cent of our security problems are coming from Okada riders.

“And effective from today, we have placed curfew on all exit and entrance points of Ebonyi State; all the border entrances, going out and coming in, from 8pm to 6am

“Nobody will be allowed to come or go out of Ebonyi State within this period.

“I am also directing the security chiefs, the Local government Chairmen, and the Ebube Agu to enforce it.”

On Ebube Agu, Governor Umahi noted that the South-east Governors resolved to have a common outfit for the personnel across the states.

He however explained that Ebonyi had designed its own temporary uniform  which would be changed in line with the agreement when due.

Meanwhile, Umahi during the briefing announced the council’s decision to hold state prayer and fasting from the 1st to the 8th of May, 2021.

He explained that the essence was to thank God for protecting the state thus far, and seek God’s face to intervene in the security challenges facing the state and the nation in general.

“We have declared prayers and fasting from the first to eight of May.

“The security situation is not as bad as some of our people that are very bitter, very envious of what the state is doing are portraying it.

“A lot of our people have taken to the social media, dishing out things they conceived.

“So we have to thank God for his mercies,” the governor emphasized.

Highlight of the security meeting was the unveiling of the State Chapter of the Ebube Agu Security Outfit.

In attendance at the meeting were security heads in the state, state Executive Council members, local government area chairmen, traditional rulers, among others.