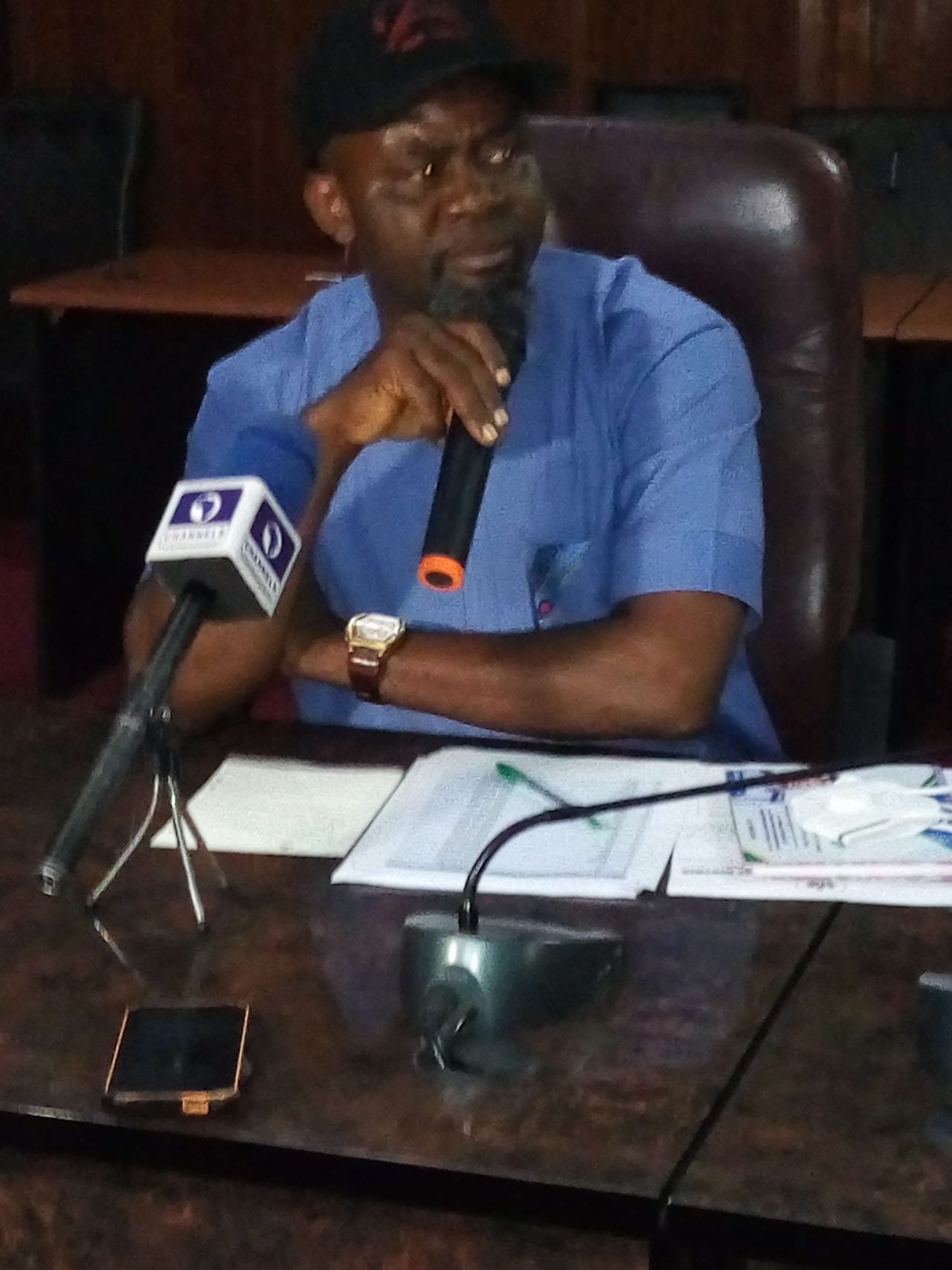 Ebonyi State government is set to recruit 1000 local vigilantes to beef up security in and around the state.

Briefing journalists at the end of the meeting, the Secretary to State Government and Coordinating Commissioner, Dr. Kenneth Ugbala, explained that recruitment has become necessary because of recent increase in criminal activities.

Ugbala, flanked by the Commissioner for Internal Security and Border Peace, Stanley Emegha, also explained that 700 of the vigilantes would be distributed to the local government areas while 300 would man the capital city.

These local vigilantes would complement the efforts of the already existing 320 members of the Neighbourhood Watch in the state.

On recent attacks on police stations in some parts of the country, Ugnala said the council mandated the police in Ebonyi to properly guard their stations as the government would not hesitate to apply for removal of any formation which gives in to such destructive attacks by hoodlums.

The council however resolved to set up a committee headed by the Commissioner for Border Peace, which would tour round the police stations and formations in the state to ascertain their needs so as to boost amenities in them.

CCTV cameras would be installed at the various police stations and connected to the office of commissioner for internal security, the Army commander and the Commissioner of Police to activities across the state.

To further build synergy against insecurities in the communities, the Council also decided that traditional rulers should henceforth take charge of appointing village heads, town union presidents and other complementary community leaders under strict and transparent process.

Law enforcement agencies were also mandated to begin strict enforcement of the existing state laws on open grazing and movement of cows in the states.

Community people  across the state were directed to vehemently resist all forms of extortion by the police and other security agencies.

Meanwhile, the state government, according to Emegha, has procured about 40 Hilux vans and 80 Toyota Sienna mini buses to boost the operations of the vigilantes and other security outfits in the state.

Ugbala summed: “The Governor of Ebonyi State, Chief Engr. David Umahi Nweze, directed for an expanded security council meeting, which is the further effort of Ebonyi State government to ensure that there is the protection of lives and properties of Ebonyi people and all other persons living in Ebonyi.

“The meeting was well attended and we deliberated extensively on a number of issues which we came up with the following resolutions:

“The Council resolved that the Police in Ebonyi State and other security agencies should do their best to protect their stations.

“The reason is that the security agencies have the sole responsibility of protecting, not only their stations but personnel working with them, as well as the citizens.

“But where they cannot even protect themselves, I think it’s a big problem because they were trained for that…

“We encourage the security agencies to have a combined guard in each of the police stations, and area commands throughout the state to safeguard their men and facilities.

“On the issue of our vigilante, the Council had an extensive discussion on establishment of vigilantes, and we want to take our security from the grassroots, the way it has traditionally being done.

” Every community in Ebonyi State is to have five vigilantes. That will give us 700 vigilantes at the 13 Local government areas.

“And they will be responsible for mounting barricades to check who goes out or comes into the villages at odd hours.

“This is outside our usual rural traditional vigilante that we know about.

“The government will in addition create 700 Vigilantes in the local government areas, and another 300/in the urban totalling 1000.

“They will be trained by the office of the Commissioner for Border Peace…, and would be strategically located in all the corners of the state to ensure that our people are not attacked.

The enlarged security meeting was attended by members of the State Executive Council, traditional rulers, security chiefs in the state, chairmen of Local government Council and Development Centre Coordinators.