Insecurity: Buhari must be told the truth – Gov. Zulum 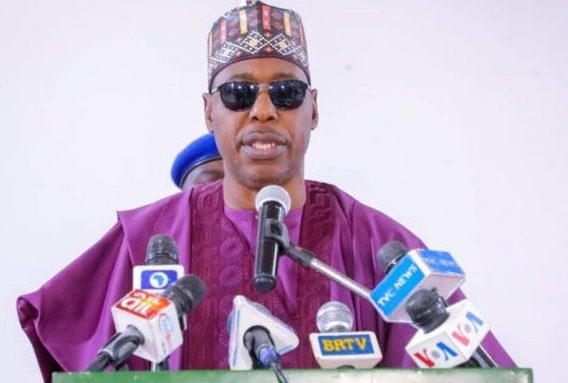 The Governor of Borno State, Prof. Babagana Zulum, has called on all Nigerians to tell President Muhammadu Buhari the truth about the security situation in the country.

Zulum said this when he spoke with newsmen late on Monday after a meeting with the President at the Presidential Villa, Abuja.

He said he was in the Villa to tell Buhari the truth.

According to him, the deteriorating security situation in Borno State in particular and North East in general was pathetic.

He said: “In Borno, particularly, Brigade headquarters was attacked, many soldiers, men and officers of the Nigerian Army were killed.

“Let me use this opportunity to extend my condolences to the families of the deceased.

“God, in His infinite wisdom, will forgive them.

“I think it is my own responsibility to come and say the truth to Mr. President.

“Let him know what is going on in the entire North East subregion.

“I think there is the need for us to get support for us to succeed in this war against insurgents.

“Few days ago, Damasak was attacked.

Zulum blamed the continuing deteriorating security situation in the North East on lack of military equipment, stating: “I think the military are yet to receive some of the equipment that they have ordered for.”