by The Eagle Online
in Politics
3 min read
1

The Chairman of the Independent National Electoral Commission, Prof. Mahmood Yakubu, has reaffirmed the Commission’s commitment and determination to deliver credible elections in Nigeria in 2019, which will embody the concepts of inclusiveness, transparency and accountability, by also ensuring that established rules are fully, fairly and impartially enforced.
“At the risk of stating the obvious, let me say that INEC is deeply committed to democratic elections in the belief that the outcome can contribute to political stability and consolidation of democracy, which will foster rapid economic progress,” the INEC boss said in Lagos on Thursday while delivering the 6th Anniversary Lecture of Realnews Magazine, one of Nigeria’s pioneer online magazines.
Yakubu, who is also President, Governing Board of the ECOWAS Network of Electoral Commissions, explained that INEC “continues to think innovatively and to consolidate several tools” towards addressing emerging challenges related to the delivery of credible elections in Nigeria, whose registered voters are more than the populations of several African countries combined.
He, however, said that “INEC alone cannot do the job” and therefore “counts on the goodwill and collaborative partnership of other stakeholders.
The INEC boss gave a run-down of the Commission’s preparations for the 2019 polls, and also identified seven challenges that could impact smooth electoral process in Nigeria.
According to him, these include the “do or die mentality of some members of the political class;” “vote-buying;” “lack of internal democracy within political parties;” and “incendiary speech” by political actors.
Others are “election security,” which he said, was “beyond the responsibilities and capabilities of INEC;” “impunity and lack of consequences for electoral offenders,” which he said could be addressed through the establishment of Electoral Offences Commission/Tribunal for easy disposal of election cases; and lastly, the ever increasing number of “litigation and conflicting Court Orders,” requiring the attention of the Commission.
Yakubu lauded Realnews Publisher/Editor, Maureen Chigbo, and her team for their excellent professional job.
In his goodwill message, Dr. Mohamed Ibn Chambas, UN Special Representative and Head, UN Office for West Africa and the Sahel, charged Nigerian political actors and the media to bear in mind that “elections in Africa’s most populated country and largest economy have implications for the entire continent and beyond.”
Chambas noted that while “accurate and dispassionate reporting of electoral events will help to educate the electorate and contribute towards informed choice from among competing candidates, biased reporting and deliberate falsehoods (fake news), on the other hand, could “contribute to distorting the choices of the voters and election-related violence, while “hate speech leads ultimately to hateful acts.”
Renowned Nigerian journalist and Chairman of the Petroleum Trust Fund, Dr. Haroun Adamu, who chaired the well-attended lecture, themed: “Political Transitions and Africa’s Economic Development,” urged online publications to leverage the benefits of social media platforms to positively impact “the minds, hearts and ultimately the fingers of voters in achieving a desired outcome.”
In her welcome address, Chigbo described credible election as a necessary step towards speedy socio-economic development with visionary leaders and appropriate policies.
The lecture was followed by a question and answer session and a Panel Discussion featuring Dr. Charles Okeke, a professor of economics, College of Southern Nevada, Las Vegas, US; Prof. Adebayo Olukoshi, Director, Africa and West Asia Regional Programme and Liaison Office to the African Union; and Engr. Simbi Wabote, Executive Secretary, Nigerian Content Development and Monitoring Board, who was represented.
Seven new members – Prof. Yakubu, Dr. Adamu, Dr. Okeke, Prof. Olukoshi, Engr. Wabote, Paul Ejime and Sir Elvis Emecheta – were later inducted into the Realnews Hall of Fame.
Previous inductees included Dr. Chambas; Dr. Oby Ezekwesili, Nigeria’s former Education Minister; Prof. Charles Soludo, former Central Bank of Nigeria Governor; Prof. Maurice Iwu, former Chairman of INEC; and Dr. Ngozi Anyaegbunam, President, Media World.
Chigbo explained that the gesture “is our own modest way of honouring Lecturers and Speakers at our Anniversary Lectures for their contributions to knowledge and national development, and also for recognising Realnews Ambassadors.” 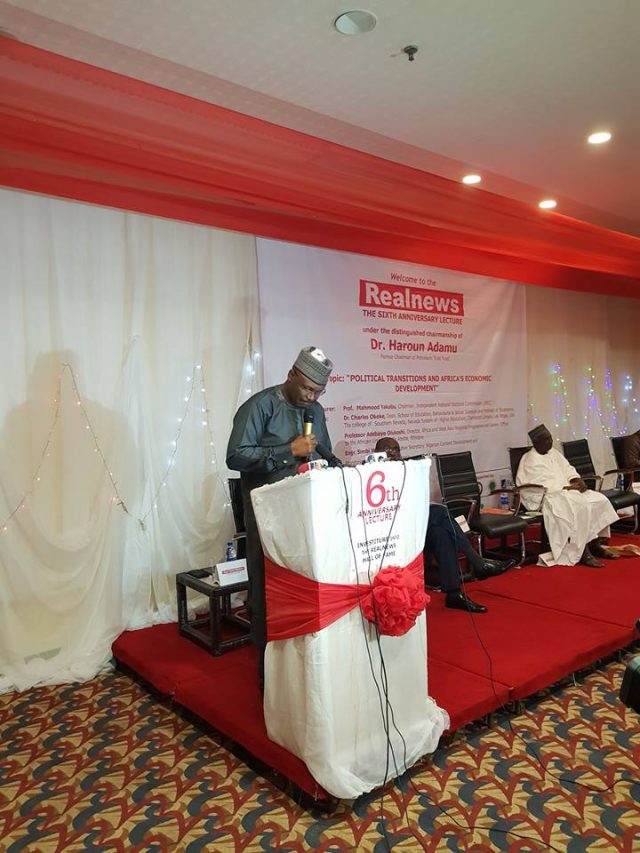 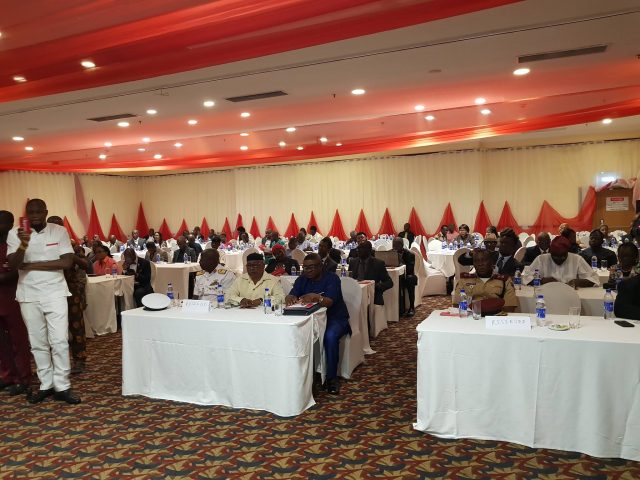 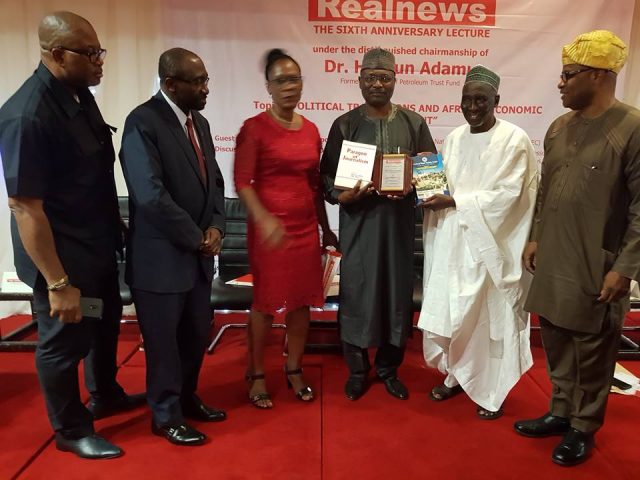 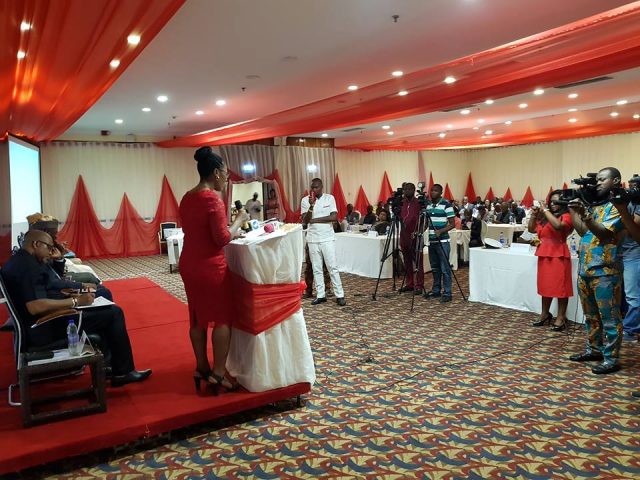 INEC to convert 2,910 voting points to polling units in Kaduna