INEC officials not available at polling units in Oke-Afa, Ifako-Ijaye as at 9:25am 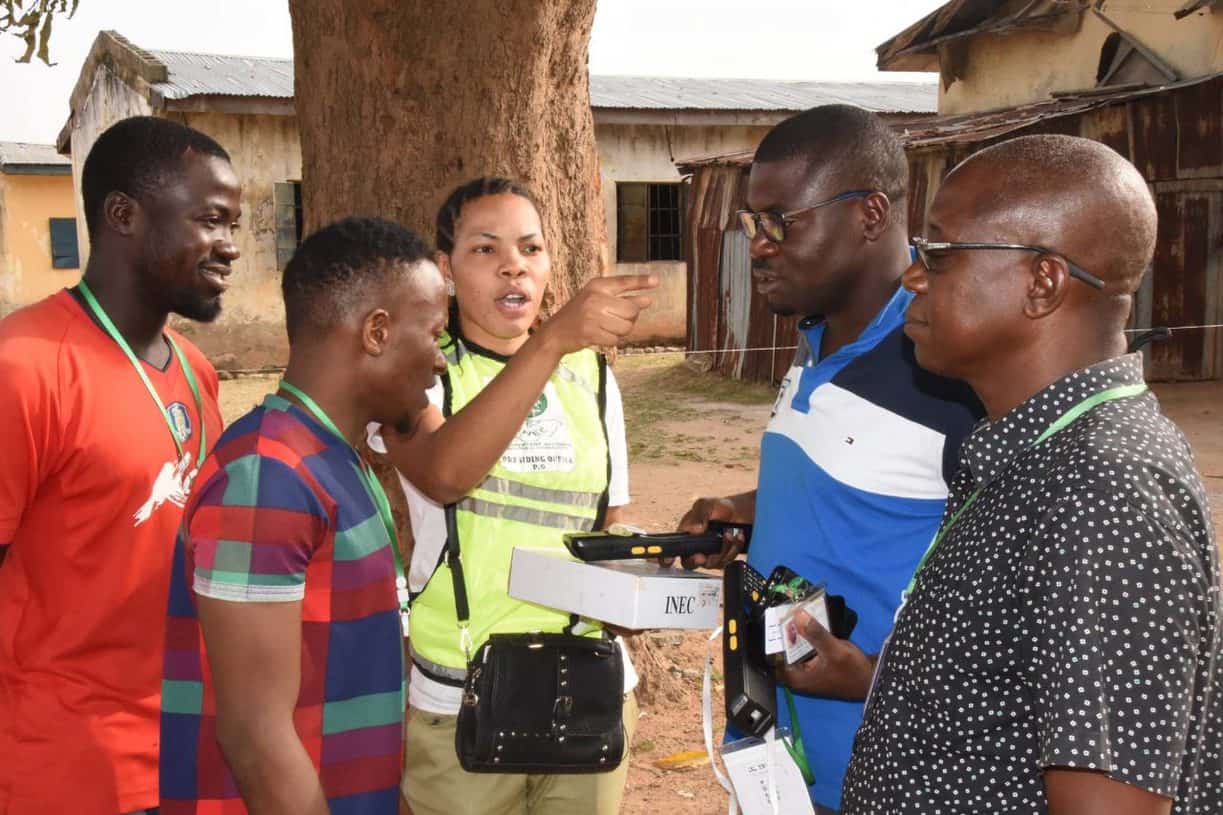 There were no Independent National Electoral Commission officials at some polling units  in Ifako-Ijaye and Oke Afa areas as at 9:25am, the News Agency of Nigeria reports.

A correspondent of NAN at Ifako Ijaye as at 9:25am saw intending voters in cluster groups discussing and waiting for the arrival of INEC officials at Polling Unit  009, Ward G, Fola Azeez Way, Alakuko in Ifako Ijaye.

Also, NAN observed that the INEC officials assigned to conduct the governorship and state Houses of Assembly elections at Ward E, Polling Units 21, 22 and 23 in Ifako-Ijaye had not arrived by 8am.

The NAN correspondent, who visited the polling units, reports that only few voters were on ground, while some left because the INEC officials were not there to attend to them.

David Dele of Polling Unit 21 told NAN that he was disappointed that the INEC officials did not arrive one hour after the scheduled time for the commencement of the election processes.

“I arrived here at 8:12am, expecting to see the INEC officials on ground but they were not one hour after then. It is so discouraging and a disappointment on the part of INEC,” Dele said.

Also, a voter who pleaded anonymity said he would wait until the INEC officials arrive.

He added that he hoped the INEC card reader would function effectively to make up for the time wasted.

“Leave my name for now, the important thing is for the INEC officials to arrive and get materials for accreditation ready and functional because we have lost one hour already,” he said.

Also, NAN reported that as at 8:50am, there were no INEC officials at Oke-Afa’s Polling Units 001, 002 and 075 located at Association Avenue and Kudirat Street respectively.

The NAN correspondent that went round observed that there were few intending voters waiting at the three polling units.

However, the correspondent saw some people playing ball on the streets and women were frying bean cakes (popularly called Akara) for sale.

One of women who simple identified herself as Mrs. Annabel told NAN that she would go to her polling unit when she had got information that INEC officials were there.

She said she would not like to go and stand around the polling unit for hours waiting for INEC officials like she did during the presidential election.

She said: “During the presidential election, I went to the polling unit very early in the morning and waited for officials to start accreditation but they came late.

“Today, I will go after I have received information that they have arrived there.

“I want to make little money before going to vote. You can see people living around are coming out to buy the bean cakes.”