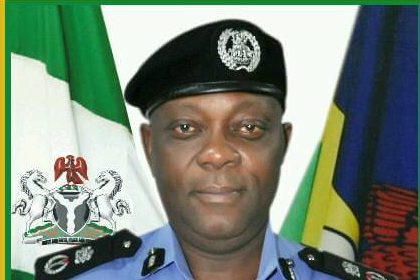 A number of individuals and organisations were on Friday night honoured at the Commendation Ceremony of the Lagos State Domestic and Sexual Violence Response Team.
The honour, which was for their fight against sexual and gender based violence in the state, climaxed the last event in a series of programmes marking the 2018 Domestic and Sexual Violence Awareness Month.
The awareness month has the theme: “Securing the Home Against Violence.”
The recipients of the awards are: Pastor Busola Jegede for Mandated Reporter of the Year; Project Alert for Most Efficient Non-Governmental Organization; and Ogudu Primary Healthcare Center for the Most Effective Health Service Oriented Facility.
The law firm of Chief K. N. Ndukwu and Co was honoured for Pro bono Service Law Firm and Alimosho Family Social Services bagged an award for Most Committed Family Social Services in Lagos.
Telecommunication giants, Airtel and MTN, both won the award for the Most Supportive Corporate Organization.
Other recipients are Ketu Family Support Unit for Most Effective Family Support Unit of Lagos State Police Command and Dr. Babajide Martins won the Special Recognition Award for his contribution to the development of the DSVRT.
Edgal Imohimi, the Lagos State Commissioner of Police, in his address reiterated his commitment to community policing in the state to combat gender based violence.
Imohimi, represented by Yetunde Alonge, a Deputy Commissioner of Police, said: “The Nigerian Police Force is an integral part of the administration of justice.
“The police has been diligently working with the Ministry of Justice and the Commissioner of Police is passionate about community policing.
“Domestic and sexual violence is one of the areas he is passionate about and we have offices that attend to these incidents.
“Community policing partners with the community and I will like to tell everyone here that if you see something, say something.”
During the ceremony, a short film, titled: “Surviving,” was premiered.
The movie, which portrayed a typical scenario of domestic violence, raised awareness of the options available to individuals provided by the Lagos Government to encourage them to speak out.
The movie provided enlightenment on the empowerment programmes, counselling, trust funds, shelters and education provided for survivors and their children by the Lagos State Government.
A documentary also showed attendees that 15 survivors have set up various businesses from the empowerment programmes and that seven sexual assault convictions have been secured in the courts in the past year.
In his address of welcome, Adeniji Kazeem, the Attorney-General of Lagos and the Chairman of the DSVRT, said the Team was fighting relentlessly to curtail gender-based violence in the state.
Kazeem was represented by Funmilola Odunlami, the Solicitor-General and Permanent Secretary of the Lagos State Ministry of Justice.
He said: “Since the inception of the DSVRT in September 2014, it has relentlessly devised various novel means to curtail incidents of sexual and gender-based violence in the state.
“Access to Justice is now more seamless through the various platforms for reporting incidents, thus leading to a 100 per cent increase in the number of reported cases within the past year.
“The 6820 platform has facilitated swift and effective reporting of incidents.
“Through walks, seminars, projects and initiatives, DSVRT aims to equip every member of the society with the requisite knowledge and tact to adequately respond to incidents of domestic and sexual violence and everyone is a mandated reporter.
“This commendation evening provides us a great opportunity to honour and celebrate individuals, professionals, agencies and organisations.
“The recipients have exhibited stellar commitment in the fight against sexual and gender based violence in Lagos State.”